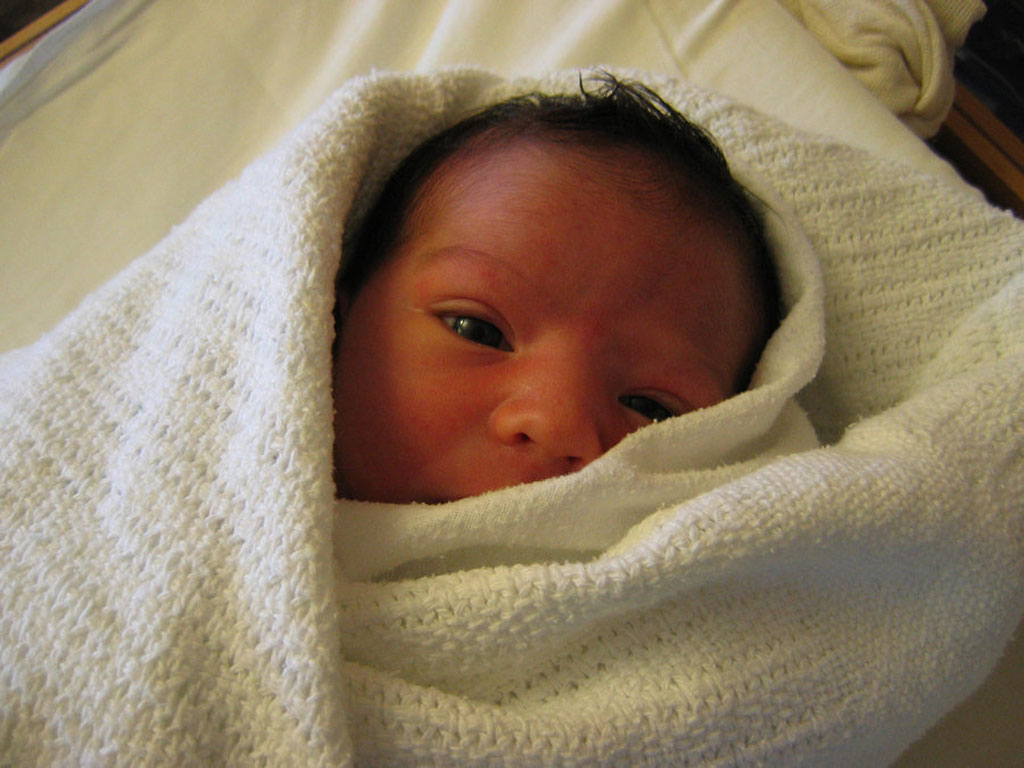 When Mama Adekunle, as she is fondly called, heard the news of the birth of a child to her son, she did what most new grandmothers in Nigeria do – she rushed over to perform her traditional duty of taking care of the new mother and child.

This duty includes passing knowledge to the new mother on how to bathe the child and take care of its umbilical cord.

According to Mama, the umbilical cord needs to heal properly, to avoid stomach pain for the child.

“It can also lead to health complications for the child in the future if it is not well taken care of. As such, we use a napkin heated on a (bush) lantern to press the umbilical cord until it (the top) falls off. We continue this for about three months. By then we are sure that the navel would have healed,” she said.

This is because the lantern tops are often rusted and the napkins not often hygienically handled.

Neonatal tetanus (NT) is one of the six major child killer diseases in Nigeria.

Though vaccine preventable, many infants in the country still die from exposure to the tetanus within 29 days of birth. The bacteria that causes tetanus can be found in soil, manure or dust. They infect humans by entering the body through cuts or puncture wounds.

According the World Health Organisation 2016 report on Maternal and Neonatal tetanus, Nigeria is one of the 18 countries yet to eliminate the disease. NT still accounts for up to 20 per cent of child mortality in the country.

Newborns contact tetanus either through the umbilical cord or during circumcision.

The Nigerian government targeted NT for eradication or control through the National Programme of Immunisation.

Unfortunately much has not been achieved.

Tetanus can be prevented through immunisation with tetanus-toxoid-containing vaccines (TTCV). WHO recommends combination vaccines containing diphtheria.

According to WHO, neonatal tetanus can be prevented by immunising women of reproductive age with TTCV, either during pregnancy or outside of pregnancy.

This protects the mother and – through a transfer of tetanus antibodies to the foetus – also her baby.

Additionally, hygienic practices when a mother is being delivered of a child are also important in preventing neonatal and maternal tetanus.

To be protected throughout life, WHO recommends that an individual receives six doses (three primary plus three booster doses) of TTCV through routine immunisation.

The three-dose primary series should begin as early as six weeks of age, with subsequent doses given a minimum of four weeks between doses.

The three booster doses should preferably be given during the second year of life (12-23 months), at 4-7 years, and at 9-15 years of age. Ideally, there should be at least four years between booster doses.

PREMIUM TIMES investigations reveal the government’s effort has not been yielding desired result because many mothers, especially in rural areas do not go for ante-natal care or receive such vaccines during pregnancy.

Stephen Olusola, a missionary who resides in Kiyi village in Abuja who spoke from his field experience, said women in most of the villages around Abuja metropolis do not visit hospitals for ante-natal services or delivery.

Mr Olusola said they do not attend ante-natal services because they do not have access to health facilities or believe in it.

“Most of the women in about 60 villages around Abuja where we work do not give birth in healthcare centres because they lack the knowledge on the importance of ante-natal services and immunisation.

“In most cases they also do not have the financial capacity to visit the hospitals and even when some want to, the primary health care centres are usually not within close proximity,” he said.

Mr Olusola explained that most of the women give birth at home, sometimes on their own while others get assistance from women relatives within the villages or Traditional Birth Attendants.

He said for most of the women, it is a thing of pride that they give birth on their own without much assistance.

“When this happens, they usually have to cut the child’s umbilical cord with non-sterilised instruments and this can cause infections,” he said.

“Even when you want to encourage the women to go to the health centres for ante-natal care, the distance is often a challenge. Most of the villages are not accessible, the roads are bad.

“To access some of the communities, you have to use canoe. But this becomes difficult during raining season as the rivers become full and inaccessible.

“How do you expect a pregnant woman in labour to cross in such dangerous circumstance? I have had to assist a pregnant woman give birth when there was no health attendant available and the PHC was closed,” he added.

A PHC is located directly in front of Mr Olusola’s house but was under lock on the day our reporter visited.

Also speaking with PREMIUM TIMES, Nkwasi Nebo, a medical practitioner and CEO PeachAid Medical Initiative, lamented the high level of ignorance among residents of most of the villages he visited for health advocacy.

Mrs Nebo, a maternal health advocate, said experience from most of the villages around Abuja she had visited are the same.

“Most of the women do not visit health care centres for child delivery. It is often done by the TBAs, most of whom have no training and use unsterilized instruments for delivery. Most of the TBAs or women that assist these new mothers often have little knowledge of what to do right but only rely on the knowledge acquired through constant taking delivery.

“Some even call on their co-wives or neighbours. In some extreme cases, some give birth on their own without assistance and only call on neighbours to help cut the umbilical cord,” she said.

Mrs Nebo said the process of cutting the umbilical cord is very delicate because at this point, the child can be infected.

“Most times they use knives, used blades, broken bottles or blunt and dirty instruments.”

She explained that her organisation during their medical outreach, educates the TBAs and women who constantly help with delivery.

“We noticed that most of them use crude tools for delivery and cutting of the umbilical cord. We try to change that by giving them disposable delivery kits, which contains gauze, sterile surgical blade, sanitizer and other minimal necessary tools for each delivery. Though, we advise them to always dispose the blades after use, some might still be tempted to reuse again and this can spread infections.”

Mrs Nebo also raised concerns on some children not having access to immunisation. She said most of the women they met during her NGO’s medical outreach in Kaida village near Gwagwalada on the outskirt of Abuja said they do not visit the hospital for ante-natal.

“They village is cut off by a river, you have to cross to get there. We did not even get to the village, we had them come out to meet us. The women and most of the children here have little or no access to medical facilities and immunisation. The government needs to do something about this. The women and children need lot of medical intervention and education,” she said.

What To Be Done

A paediatrician, Lawan Tahiru, who spoke with PREMIUM TIMES, attributed the high prevalence of NT in Nigeria to low immunisation awareness among many people especially in the rural areas.

Mr. Tahiru said the high prevalence of neonatal cases is a result of many multifactorial issues from background problems.

This, he said has to do with cultural beliefs and ways on child delivery and treatment.

He said neonatal tetanus is vaccine preventable, but the poor awareness on immunisation especially in the rural areas, is a contributory factor to the high prevalence of the disease in Nigeria.

Mr Tahiru said the lack of knowledge and access to rural areas hinder effective implementation of immunisation programmes in the country.

“Access to some places especially in the rural areas can be very difficult. There are no road. This gets worse during the rainy season. You might need donkeys to get to some of the remote areas to immunise them.

He however called on everyone, development partners, government and traditional rulers to intensify advocacy on the need for immunisation and ante-natal care during pregnancy, as this can go a long way to help eliminate the disease in Nigeria.