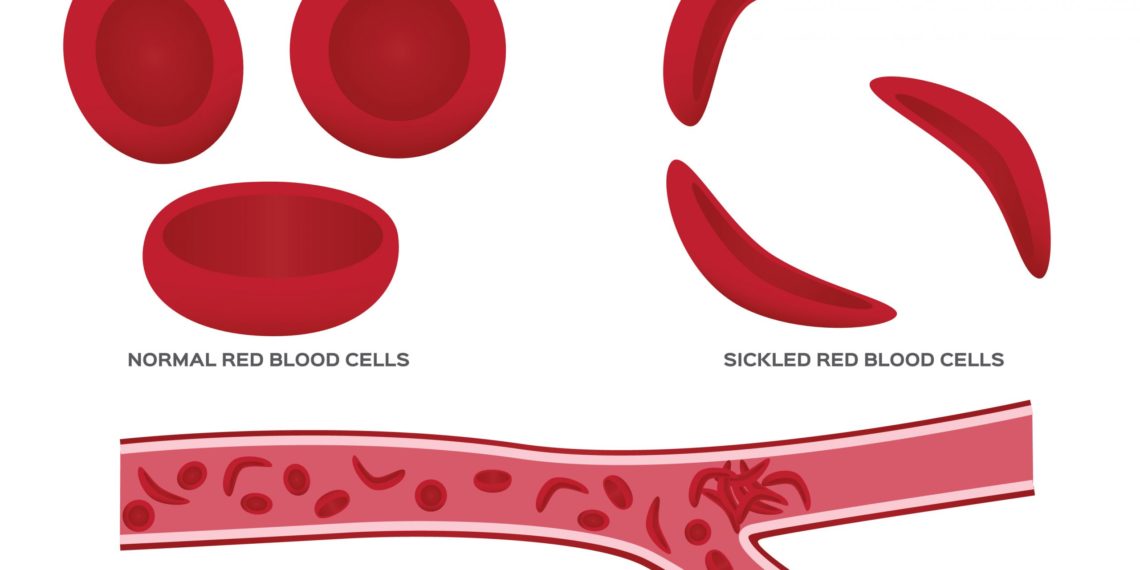 What you need to know about Sickle Cell Disorder

There’s no cure for most people with sickle cell, but treatments can relieve pain and help to prevent complications.

As the world celebrated Sickle Cell Disorder (SCD) Day on June 19, declared by the World Health Organisation (WHO), there is the need to know what it is all about, so that people can take precautions to avoid having children with the disorder, being a hereditary disease.

The day had “Shine the Light on Sickle Cell” as its theme for 2021, focusing on increased awareness about the disease.

Sickle Cell Disorder, also known as Sickle Cell Anaemia, is a group of disorders that cause red blood cells to become misshapen and break down.

It is an inherited group of disorders, where red blood cells contort into a sickle shape and die early, leaving a shortage of healthy red blood cells to convey oxygen throughout the body, blocking blood flow and causing pain to the patient, generally referred to as sickle cell crisis.

Normal red blood cells usually live for about 120 days before being replaced, but in patients with Sickle Cell Disease, the cells die in 10 to 20 days, causing a shortage, and without enough red blood cells, the body cannot get enough oxygen, causing pains and fatigue.

There’s no cure for most people with sickle cell, but treatments can relieve pain and help to prevent complications associated with the disease, which can last for years or be lifelong, and requires a medical diagnosis such as lab tests or imaging.

The disorder is caused by mutation in the gene that tells the body to make the iron-rich compound that makes blood red and enables red blood cells to carry oxygen from the lungs throughout the body (hemoglobin).

For a child to be affected, both parents must pass the defective form of the gene, and if only one parent passes the sickle cell gene to the child, the child will have the sickle cell trait.

Their blood might contain some sickle cells, but they generally don’t have symptoms. They’re carriers of the disease, which means they can pass the gene to their children.

Consequently, there is the need for increased awareness on importance of genotype test before marriage because it is the problem of genotype incompatibility that results in Sickle cell disorders, with high prevalence rates in Africa, south of the Sahara, according to Health Tips by the AUN Health Centre.

Genotype can simply be defined as the genetic constitution of an individual organism.

The genotypes in humans are AA, AS, AC, SS. They refer to the hemoglobin gene constituents on the red blood cells. AC is rare, whereas AS and AC are abnormal.
A Genotype Compatibility Chart shows that;

The compatible genotypes for marriage are; AA marries an AA — which is the best compatible, and that way, the couple save their future children the worry about genotype compatibility.

Also, when an AA marries an AS, the couple end up with AA and AS children which is good, but sometimes if unlucky, all the kids can be AS, which limits their choice of partner.

However, AS and AS should not marry because there is every chance of having a child with Sickle Cell Disease, while AS and SS shouldn’t think of marrying.

And definitely, SS and SS must not marry since there’s absolutely no chance of escaping having a child with the sickle cell disease.

Signs and symptoms such as periodic episodes of pains called pain crises which develops when sickle-shaped red blood cells block blood flow through tiny blood vessels to the chest, abdomen and joints, usually appear around five months of age, but vary from person to person and change over time.

The pain varies in intensity and can last for a few hours to a few weeks, and while some people have only a few pain crises in a year, others have a dozen or more, requiring hospitalisation.

Other symptoms include swelling of hands and feet, caused by sickle-shaped red blood cells, blocking blood flow to the hands and feet, and frequent infections as sickled cells damage the spleen, as well as delayed growth or puberty because shortage of healthy red blood cells
slow growth in infants and children and delay puberty in teenagers.

There is also vision problems, as tiny blood vessels that supply the eyes can become plugged with sickle cells, damaging the retina, which is the portion of the eye that processes visual images — and lead to vision problems.

Doctors commonly give infants and children with sickle cell anaemia vaccinations and antibiotics to prevent potentially life-threatening infections, such as pneumonia.

It is essential, therefore, to promptly see a doctor if a child develops serious fever, unexplained episodes of severe pain in the abdomen, chest, bones or joints, swelling in the hands or feet, especially if the area is tender to the touch, pale skin or nail beds, yellow tint to the skin, or one-sided paralysis or weakness in the face, arms or legs.

Some others are confusion; trouble walking or talking; sudden vision changes or unexplained numbness; or a severe headache.

Meanwhile, the only procedure that can change the genotype is the Bone Marrow Transplant (BMT), proven to be the promising permanent cure to SS, SC, and CC.

However, the BMT is new and expensive.

What is aphasia? An expert explains the condition forcing Bruce Willis to retire from acting