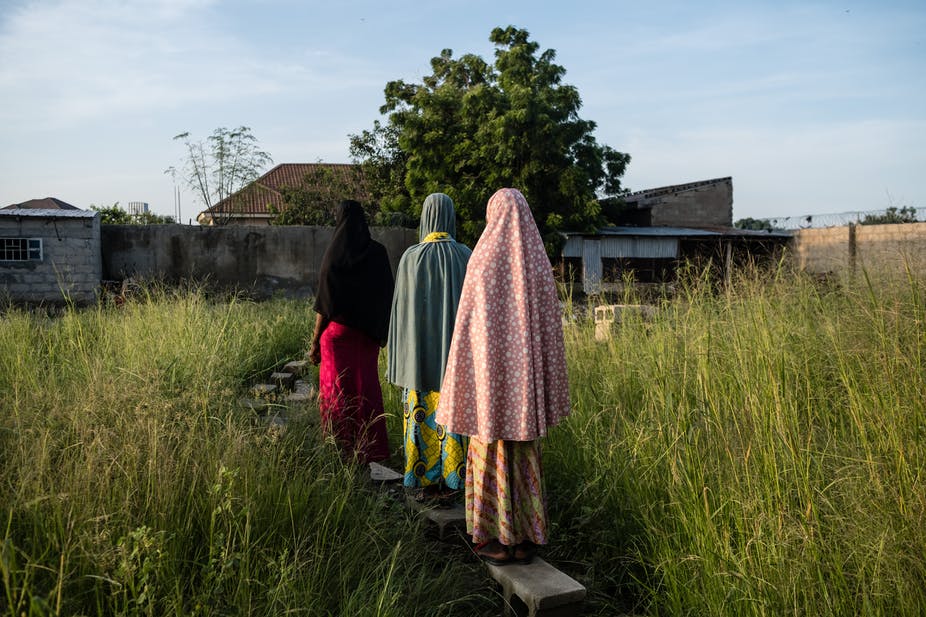 More than a million babies are born to young Nigerians every year: we explored why

In Nigeria, 145 babies are born to every 1,000 girls aged 15-19 annually. Considering the population’s age structure, the adolescent fertility rate implies 1.6 million births a year in that age group. Nigeria has over 23 million girls aged 10-19.

There is abundant evidence that if girls become mothers without adequate preparation, they face poor life chances. They may end up with low educational attainment, experience marital instability and live in poverty for the rest of their lives. In addition, they may face reproductive health problems if their bodies are damaged when they give birth.

The negative impact of early childbearing for young mothers, their children and the society at large makes it necessary to consider what drives the phenomenon.

We studied which factors are associated with childbearing among adolescent girls in Nigeria and showed that they vary in different parts of the country. Our findings add to those of previous studies which showed that adolescent girls in certain regions of the country (northern geopolitical zones especially) were more likely to start having children than girls from the southern zones.

We used data from the 2013 Nigeria Demographic and Health Survey. At the national level, the analysis shows that the following factors predict when a girl is likely to have her first child: whether she has ever been married or lived with a man as if married; which zone she lives in; her level of wealth; and her level of education. In all the zones, marriage or cohabitation was relevant to the age of childbearing. States where girls live and their religion were also useful predictors in some regions.

Understanding the drivers of early childbearing in specific contexts is important for effective programming and policy making targeted at stopping girls from becoming mothers while they are still children themselves.

Chief among the drivers of early childbearing is early marriage or living with a man as though married. Although Nigeria’s laws see persons under the age of 18 years as children who are below the age of consent and marriage, child marriage remains a common practice in many parts and more than 40% of Nigerian girls are victims of child marriage.

In some contexts, the marriage of children who may be as young as 13 to older men as second, third or fourth wives is forced and supported with religious injunctions. In other situations, though less common than child marriage with the consent of parents, children may be abducted and kept as sex slaves by terrorists or other dissidents with little regard for state laws.

The region where girls live within the country is also a predictor of the timing of their first birth. Of the six geopolitical zones, girls in the North West, North East and South-South regions are the most vulnerable to early childbearing, which is least likely in the South East. The zones overlap somewhat with clusters of similar cultures in Nigeria, although cultural pluralism is high in the South-South and North Central regions.

In the North East and North West, the socio-cultural context is typically marked by a high level of conservatism, which community level gatekeepers of social norms and values uphold with Islamic teachings.

How the socio-cultural context in the South-South creates an environment conducive for early childbearing is yet to be fully understood. The region is largely oil rich, although it is questionable whether this reflects in the well-being of the majority of the people. Militancy was for several years a part of the everyday life of people in parts of the region and it will be interesting to have studies that shed light on its relationship with health outcomes.

As most people would imagine, poverty is also a major driver of early childbearing. The likelihood of early childbearing declines steadily with wealth. By implication, the poorest girls are the most likely to become child mothers. Studies have shown that basic deprivation exposes girls to sex with older men in exchange for money and gifts, as a means of survival.

Poverty may also contribute indirectly. For instance, poor parents may want to give girls in marriage early either to relieve themselves of the burden of care or to receive bridewealth. Poverty may also determine access to education in general and reproductive health education in particular.

Education is a significant predictor of onset of childbearing among adolescents in Nigeria.

The likelihood of becoming a child mother declines with greater education. Girls who have never been enrolled in school and girls who drop out of school are at risk of becoming young mothers. Education equips girls with information that may be useful in preventing pregnancies. Being out of school may also expose girls to men who would take advantage of them.

The relationship between education and early childbearing works the other way round too. Girls who become pregnant may have to stop schooling.

Solving the problem of child motherhood requires putting an end to child marriage. Organisations intervening in this area also need to focus on the most affected states – Jigawa, Katsina, Bauchi, Zamfara, Kebbi – and on households living in extreme poverty in those states.

Girls become mothers for a combination of reasons beyond their control. These may include child marriage, socio-cultural context, poverty and poor access to education. As research has shown, children of child mothers are likely to inherit their situation in life. Understanding what drives early motherhood can inform efforts to improve people’s health and socio-economic conditions in life.

The Conversation is PREMIUM TIMES’ syndication partner. We have permission to republish its contents.

Why I ordered arrest of pilots – Wike

What is aphasia? An expert explains the condition forcing Bruce Willis to retire from acting