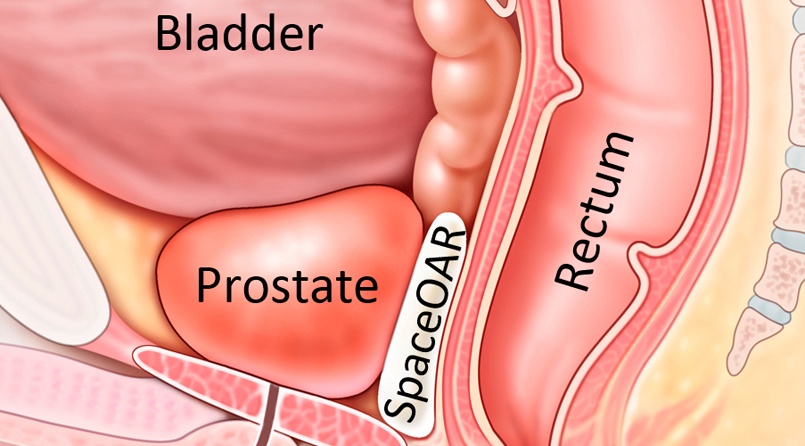 Men 50 years and above or those with a family history of prostate cancer need to know the early symptoms of the disease so that they can present themselves early for treatment, a health expert, Musliu Tolani has said.

He said early detection of the disease is often the difference between cure in the early stage of the disease and costly management or even death in the late stages.

Mr Tolani, a urologist with Ahmadu Bello University Teaching Hospital, Zaria, said most of the prostate cancer cases attended to in Nigeria are often presented at the late stages. This, he said, affects treatment as the disease would have spread to other organs in the body and only palliative treatments can then be done. But if the disease is detected and presented early, it can be contained before it becomes cancerous.

Prostate cancer is one of the leading causes of death among male cancer patients, especially of black descent.

“It has become necessary for men in Nigeria to have knowledge of the symptoms of the disease as this would enable the early presentation of cases to health facilities. This will go a long way to reduce the cost of treatment and the havoc the disease does on a patient and his family,” the urologist said.

Mr Tolani said although periodic prostate screening can aid early detection, there are certain signs that indicate the presence of the deadly disease.

He said prostate cancer often press on the urethra, so the symptoms often exhibit themselves when the individual is about to urinate.

Some of the common symptoms include frequency of urination – especially waking up several times in the night to urinate, having a feeling of urination that cannot be postponed, or if it is postponed causes leakage of urine, poor stream of urination, delay in the process of starting to pass urine and straining to urinate.

Another symptom is feeling that the bladder is not completely emptied even after urination.

Mr Tolani, however, said these symptoms may not appear as some prostate problems present themselves with some uncommon symptoms that may lead to misdiagnosis.

He said men should have constant health checkup from the age of 50, while those with a family history of prostate cancer should be screened earlier.

The aim of screening is to get patients at an asymptomatic stage.

He said physical examination, blood screening test (PSA) and imaging can be done for those in this age group even if they do not have difficulty in urination. “This aids early detection and treatment can be for cure,” he said.

All men are at risk for prostate cancer, but studies have shown that African-Americans or people with a family history of prostate cancer have an increased risk of the disease.

Of the many common types of ailment, prostate cancer is the second most common and sixth leading cause of cancer deaths among men globally.

Prostate cancer is to men what breast cancer or cervical cancer is to women. It has the potential to grow and spread quickly. But for most men, it is a relatively slow-growing disease.

The prostate is a walnut-sized gland that is part of the male reproductive system. It is located beneath the urinary bladder and in front of the rectum. The prostate makes some of the fluid that nourishes and protects sperm cells in the semen.

A study conducted by Project Pink Blue in collaboration with ACT Foundation revealed that screening for the disease is not yet a common practice in Nigeria.

The research tagged “Men on Blue” involving 3,000 men was carried out in Lagos, Enugu, and Abuja.

The research shows that about 82.1 per cent of Nigerian men who participated in the study said they had never been screened for prostate cancer and most of them are 40 years and above.

Only 13.8 per cent reported having been screened for prostate cancer.

The Executive Director, Project Pink Blue, Runcie Chidebe, lamented that most prostate cancer death in Nigeria can be averted if the government makes prostate screening mandatory for men above 40.

He said a PSA test cost about N6, 000, depending on where it is done. This is by far cheaper than the cost of treating prostate cancer.

“The cost of treating prostate cancer is about N1.3 million to N3.3 million yearly in Nigeria,” he said.

“How many Nigerian men can pay out this kind of money from their pocket to get treated? Many of these indigent men would just decide to stay back home and die. With poor health insurance, it has become more financially stressful to cope with the financial burden of cancer in Nigeria.”

Five signs to watch out for about prostate cancer.

1. Straining while peeing. When urination becomes difficult, then there is a possibility that you are exhibiting a symptom of prostate cancer.

2. Urgency whenever the need to urinate is felt.

3. Finding blood in the urine.

5. Retaining the feeling that the bladder has not emptied even after urination.

How soon should you start cleaning your newborn’s mouth?