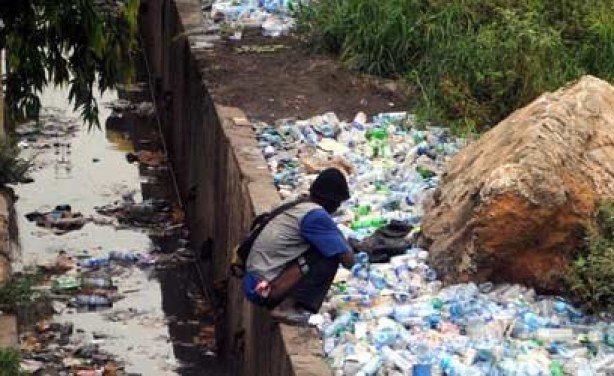 Adda’u Ibrahim, the community’s Chairman of the Water, Sanitation and Hygiene Committee, said that in addition to seven lashes and the fine, the offender would also be made to properly dispose the excreta.

Mr Ibrahim told the correspondent of the News Agency of Nigeria (NAN) who was in the community on Thursday to assess the impact of the Phase II of Sanitation, Hygiene and Water in Nigeria (SHAWN) project in the community.

He said that the measure was part of efforts to promote hygiene and prevent outbreak of diseases in the community.

Mr Ibrahim explained that in the past, open defecation and living in filthy environment was part of the day-to-day lives of the over 2,000 people living in the community.

“For us, there was nothing wrong in excreting wherever is convenient for us, from the adult down to our little children. You can do it anywhere as long as you are comfortable; oblivious to the health risks.

“Animal and human faeces became a normal sight all over our community and in addition to our filthy environment, our only source of water was an open well, infested with all kinds of dirt, because it is always left open.

“Running water flow back our excreta into the well during the raining season, and in the dry season the wind also play its part by depositing all kinds of objects and debris into the well.

“With no alternative, we bath, cook and drink from the well that is infested with germs, and this exposed us to preventable diseases, ranging from cholera, diarrhoea, malaria, among others,” he said.

He said that consequently, the community members became regular visitors to hospitals for the treatment of one disease or the other, “and we kept wondering why it was so.

“Little did we know that our poor attitude to environmental sanitation and hygiene was responsible for the constant ailment and numerous deaths being recorded particularly among children under five years,” the committee chairman said.

Mr Ibrahim, however said that the story has changed since 2017 when the community was selected among the beneficiaries of the SHAWN II project.

He said that the SHAWN project has completely transformed their lives, stressing that it had encouraged them to build toilets in their homes, including public toilets.

“The projects equally provided us with a borehole for access to good sources of water and taught us how to keep our environment clean and how to properly wash our hands with soap all the time.

“As a committee saddled with the responsibility of maintaining the SHAWN facilities, we ensure that we clean our environment every three days, and now with 24 hours clean water supply, life has never been this good, “ he said.

Zaitu Mai-Unguwa, a mother of five, said that until the SHAWN project, no fewer than six children every week were being taken to the hospital for one ailment or the other.

“But now, we rarely go to the hospital and the quality of our lives have greatly improved, “she said.

“Now I have more hours to play, read my books and do other things, “she said.

The Village Head, Gambo Yusuf, thanked UNICEF, Kaduna State Government and DFID for saving the community from the trap of ignorance and for supporting his people with facilities to live a quality life.

NAN reports that the project is aimed at improving access to sanitation, hygiene and water supply to all citizens through eradication of open defecation, and promoting hand washing, sanitation and provision of potable water.

It is being funded by United Kingdom’s Department for International Development (DFID) and UNICEF with counterpart funding from the state governments of Kaduna, Katsina, Zamfara, Benue, Bauchi and Jigawa.

BBC Interview: “I am different” – Tinubu walking on eggshells on Buhari’s performance