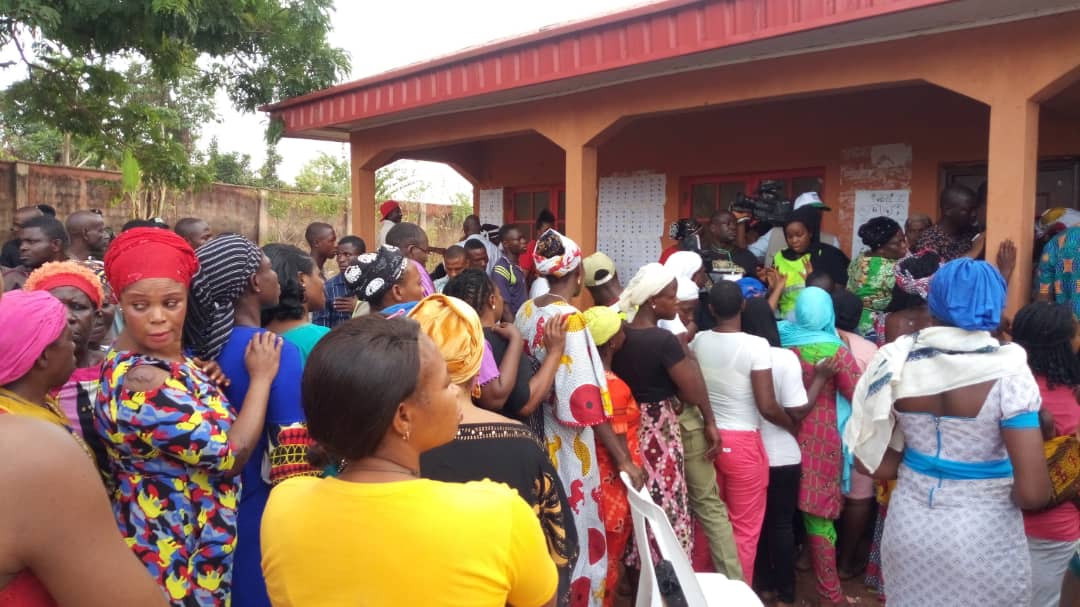 FILE: Voters on queue at the election

The UN says there can’t be sustainable development and peace when women “are not sitting at the tables.”

The United Nations Women office in Nigeria has disclosed that only 1,553 of the total 15,307 candidates who would be participating in the 2023 general elections are women.

The figure, the global agency said, amounts to only 10.1 per cent of the total figure.

The statistics was presented on Saturday by UN Women Programme Manager in the country, Desmond Osemhenjie, during a dialogue with media executives in Lagos organised by the agency in partnership with Women Radio.

According to Mr Osemhenjie, when compared with the 2,968 female candidates that participated in the elections in 2019, the situation is growing worse.

According to the statistics presented by the official, only a female candidate is contending for the position of President while there is no single vice-presidential candidate from the 18 political parties taking part in the polls.

For the governorship elections, the report noted that 25 of the 419 candidates are women while 92 of 1,101 candidates for the Senate elections are women, amounting to only eight per cent.

The UN Country Representative in Nigeria, Beatrice Eyong, urged the media to support the women in their aspirations for leadership offices in the country.

She said the reality has shown that women are almost adequately being featured by the media houses, saying there cannot be sustainable development and peace without women sitting at the table.

She said: “Statistics have shown that nations where women are relegated have had to pay for it with poor development indices including cases of malnutrition, among other challenges.

“If women don’t sit at the table, we will never have sustainable development and sustainable peace. Therefore, we must be deliberate about our actions and efforts to empower women.”

The forum was the second edition of a one-day consultative dialogue with media executives and editors on 2023 female candidates, which held on Saturday in Lagos.

The event, which was organised by UN Women in Nigeria and Women Radio, was also supported by the Government of Canada.

The Chief Executive Officer of Women Radio, Toun Sonaiya, thanked the participants for their deliberate support for women in their newsrooms and requested more coverage for women not just in the area of politics but in all other areas of national life.

This report is supported by the Center for Democracy and Development