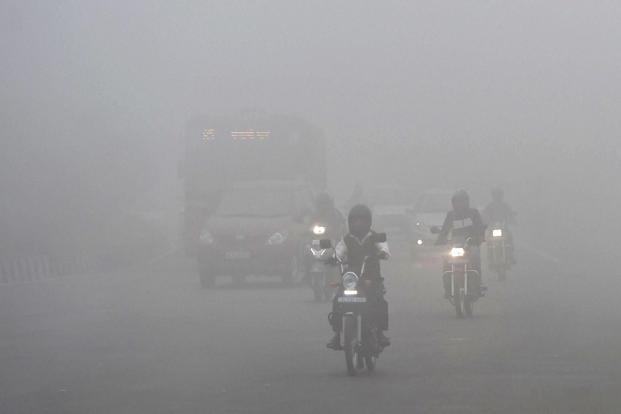 The air pollution level in Delhi became severe on Friday for the second consecutive day.

The Chief Minister of Delhi, Arvind Kejriwal, said on Friday that primary schools in the Indian capital would be closed, following increasing levels of air pollution.

Mr Kejriwal said the schools would be closed from Saturday.

“We’re taking all steps to control the situation. Meanwhile, we are shutting down all primary schools in Delhi from tomorrow,’’ the chief minister said at a news conference.

According to him, his government was also contemplating bringing back the odd-even traffic rationing measure for vehicles in the capital city.

The air pollution level in Delhi became severe on Friday for the second consecutive day.

“This is not the time for blame game and politics, but time to find a solution to the problem.

“Since our government is in Punjab, we are responsible for the stubble burning. It has been only six months since we formed the government there and there were issues that were being addressed.

“We are finding solutions. Give us a year’s time to address the issue,’’ Kejriwal said.

Earlier, on Wednesday, Environment Minister Bhupender Yadav blamed Delhi’s ruling Aam Aadmi Party (AAP), for turning the capital into a “gas chamber’’ and accused it of a “scam’’.

Yadav said there had been an increase in farm fires in Punjab, a state also governed by the AAP.

Mr Kejriwal, however, promised that by November 2023, stubble burning would be reduced.

The Indian capital Delhi is among the topmost polluted cities in the world.

Industrial activities and vehicular traffic are significant contributors to air pollution in the city, along with rampant construction.

However, in the last few years, air quality in Delhi has become hazardous ahead of winter every year.

Reports say several residents have reported breathing difficulties, with the elderly and schoolchildren being the worst hit.

According to the Central Pollution Control Board (CPCB), the air quality is severe and prominent pollutants are PM 2.5 and PM 10.

Experts say PM 2.5 are fine particles that are 2.5 microns or less in diameter and can travel deep into the respiratory tract, reaching the lungs and entering the bloodstream.

Health officials have advised people, especially those with respiratory illness in Delhi, to minimise outdoor exposure until the improvement in air quality.

What I have found in Peter Obi – Afenifere leader