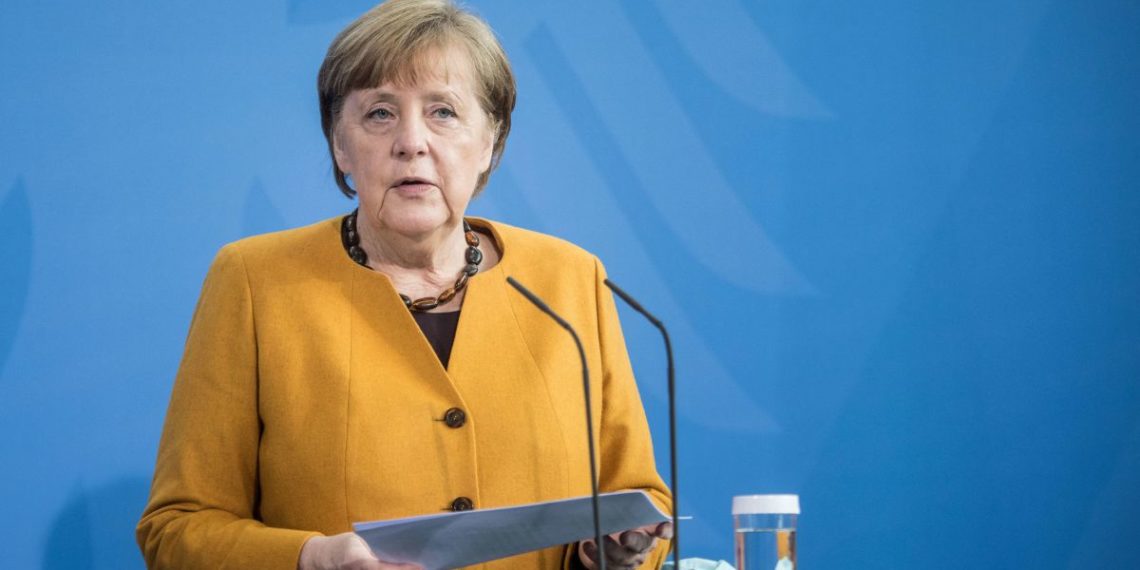 All eyes on Merkel after rejecting moves to ease lockdown

Ms Merkel announced a major policy U-turn last week by taking back an even stricter lockdown for the upcoming Easter weekend, citing legal and logistical problems implementing it.

Germany is waiting to see if Chancellor Angela Merkel will follow through after she rejected some state leaders’ efforts to ease a nationwide coronavirus lockdown designed to contain a severe third wave of infections.

Speaking on a political talk show, Anne Will, late on Sunday, Ms Merkel urged the country’s 16 state premiers to implement a previously agreed upon “emergency brake” that was meant to see areas return to a hard lockdown when they reach a certain threshold of new infections.

“We must now implement the appropriate measures with great seriousness,” Ms Merkel said, adding that if this did not happen, she would have to think about overriding state regulations “in the very foreseeable future.”

“That is my oath of office, that is my obligation,” said Ms Merkel.

The threshold that has to be reached in the respective municipalities was 100 new infections per 100,000 residents during a seven-day period. Nationwide, this metric was surpassed for the eighth consecutive day on Monday.

“We are obliged by law to curb the infection rate. At the moment, containment has not been achieved,” she said.

Ms Merkel announced a major policy U-turn last week by taking back an even stricter lockdown for the upcoming Easter weekend, citing legal and logistical problems implementing it.

Since then, several states and regions, including the western state of Saarland, with lower infection rates, have announced that they would ease their respective lockdowns.

How much inflationary pressure do ‘Yahoo boys’ heap on Nigerians?, By Oladeinde Olawoyin