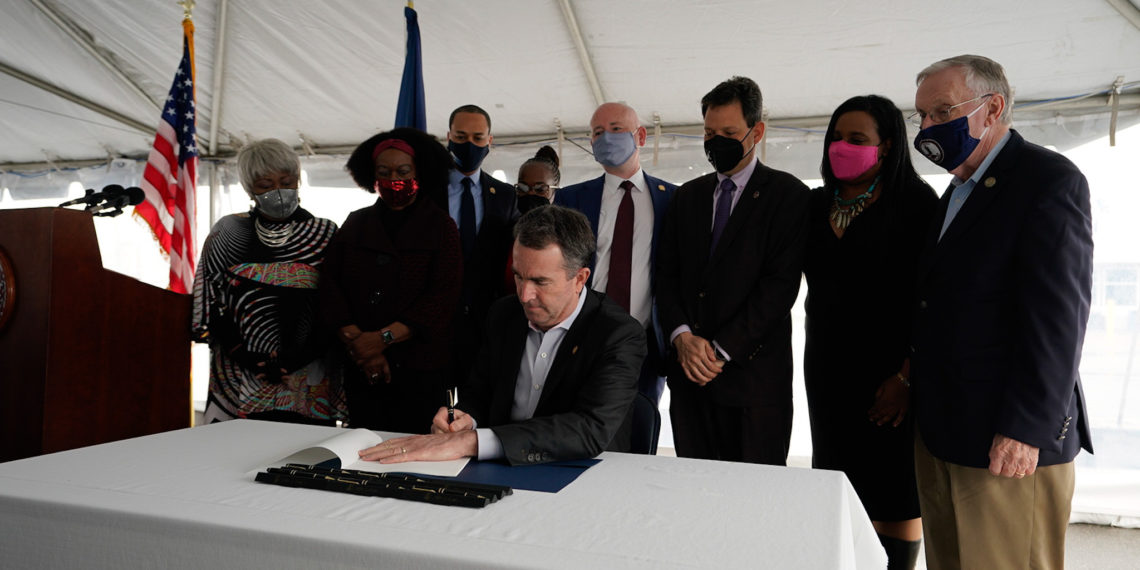 “Abolishing this inhumane practice is the moral thing to do,’’ the governor said.

Virginia has become the first state in the U.S. South to stop executions after Governor Ralph Northam signed a piece of legislation to abolish the death penalty.

The Democratic governor signed the death penalty repeal into law during a ceremony outside the Greensville Correctional Centre in Jarratt, Virginia, after touring the prison’s execution chamber, where 102 people have been executed since its opening in 1991.

In February, both chambers of Congress voted in favour of scrapping capital punishment.

Virginia joins 22 of the country’s other 50 states that have abolished the death penalty.

“Over our 400-year history, Virginia has executed more people than any other state.

“The death penalty system is fundamentally flawed it is inequitable, ineffective, and it has no place in this Commonwealth or this country.

“Virginia has come within days of executing innocent people, and Black defendants have been disproportionately sentenced to death.

“Abolishing this inhumane practice is the moral thing to do,’’ the governor said.

Virginia has executed over 1,300 people in its history, with the most recent execution carried out in 2017.

The death penalty is on the decline in the U.S., in part due to changing public opinion, as well as the increasing difficulties in obtaining the necessary substances for lethal injections.

The imposition of the death penalty also usually leads to protracted and costly litigation.

In 2020, a total of 17 people were executed in the U.S. by five states and the Federal Government, according to the Death Penalty Information Centre.