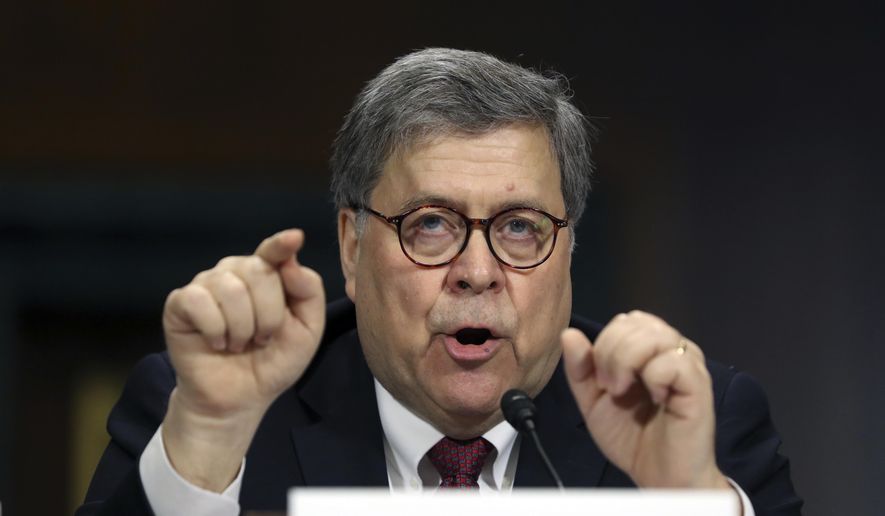 The attorney general said although it is the constitutional responsibility of states to conduct and supervise elections, the justice department is obliged to ensure the elections are credible

U.S. Attorney General, William Barr, has directed federal prosecutors across the country to examine allegations of fraud in the November 3 general elections.

Mr Barr’s directive is contained in a November 9 memo titled, “Post-Voting Election Irregularity Inquiries” addressed to relevant divisions in the Department of Justice.

It came two days after the projection of former Vice President and Democratic candidate, Joe Biden, as winner of the keenly-contested presidential election.

The Republican incumbent President, Donald Trump, has not conceded, and is alleging that the election was stolen by the Democrats especially in battleground states.

His campaign organisation has filed lawsuits in key states like Pennsylvania, Georgia, Michigan, Arizona and Alabama where the race has been very tight.

Mr Barr said it was important the “American people can trust that our elections were conducted in such a way that the outcomes accurately reflect the will of the voters”.

He said although it is the constitutional responsibility of states to conduct and supervise elections, the justice department is obliged to ensure the elections are credible.

The attorney general said investigations should be conducted only into credible allegations of irregularities that, if true, “could potentially impact the outcome of a federal election in an individual state.”

Reports say the directive is not going down well with some senior officials of the department, including a top election crimes prosecutor, Richard Pilger.

Mr Pilger, the Director of Elections Crimes Branch in the department’s Public Integrity Section, has reportedly resigned in protest against Mr Barr’s interference.

According to reports, the attorney general was issuing “an important new policy abrogating the forty-year-old Non-Interference Policy for ballot fraud investigations” before elections are certified.