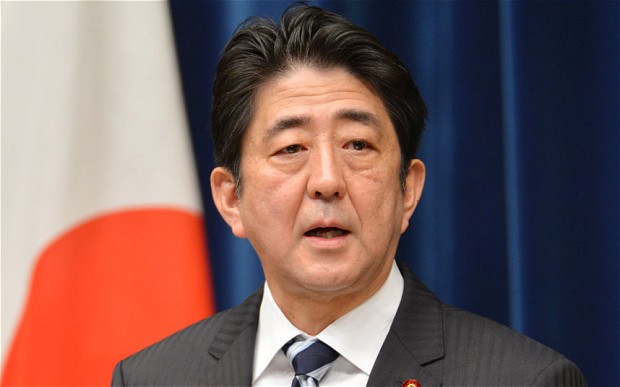 The Japanese Prime Minister, Shinzo Abe, announced his resignation on Friday, citing health reasons after being in office for two terms.

The paper quoted the 65-years-old Japanese leader as saying he wanted to avoid causing problems to the government because of his worsening condition. He has been in office for about eight years.

“I have decided to step down from the post of the prime minister. I cannot be prime minister if I cannot make the best decisions for the people,” Mr Abe told journalists, saying he was suffering from the same condition that ended his first term in office.

His resignation ended weeks of speculation on whether his health could afford him to stay in the job until the end of his term as ruling party leader in September 2021.

He said he had been feeling ill since mid-July but only found out that his health had relapsed this month.

He said though new treatment had begun for him, he had to resign.

“With the illness and treatment, and with my strength not the best, I can’t allow myself to risk making incorrect political decisions, thus failing to produce results. I intend to resign as prime minister,” Mr Abe said.

He apologised for having to leave office before term was over.

“I would like to sincerely apologise to the people of Japan for leaving my post with one year left in my term of office, and amid the coronavirus woes, while various policies are still in the process of being implemented,” Mr Abe said, bowing, as a sign of remorse.

But he would remain as prime minister until his successor is chosen, he added.

On Monday, Mr Abe became Japan’s longest-serving leader after celebrating 2,799 days in office, setting a record previously held by his great-uncle Eisaku Sato half a century ago, an Al Jazeera report said.

According to Al Jazeera, his popularity has fallen to about 30 percent in recent opinion polls over his handling of the coronavirus pandemic and scandals among governing party members.

Now, his resignation has triggered off a leadership race in the country as it scrambles for a transition leader.

Though the retired leader said he would not comment on his potential successors, he said the next leader should continue to work on fighting the coronavirus.

The leadership race is being run within the ruling Liberal Democratic Party (LDP) where the winner will be formally elected in parliament.

According to the Japan Times, the new party leader will hold the post for the rest of Mr Abe’s term.

During his administration, Mr Abe came up with the plan to revive the economy with his ‘Abenomics’ policy of spending and monetary easing.

Military spending was also beefed up as well as the role of its armed forces.

Assessing Mr Abe’s administration, Jeff Kingston from Temple University in Tokyo told Al Jazeera that his legacy will be rather limited.

“He will be remembered for the longest-serving prime minister, but having been in power for so long with a super-majority in the Diet [parliament], he hasn’t really achieved all that much. And so maybe he has given stability and Japan has been governed reasonably well. But in terms of the ambitious agenda of Abenomics he really has achieved very little.