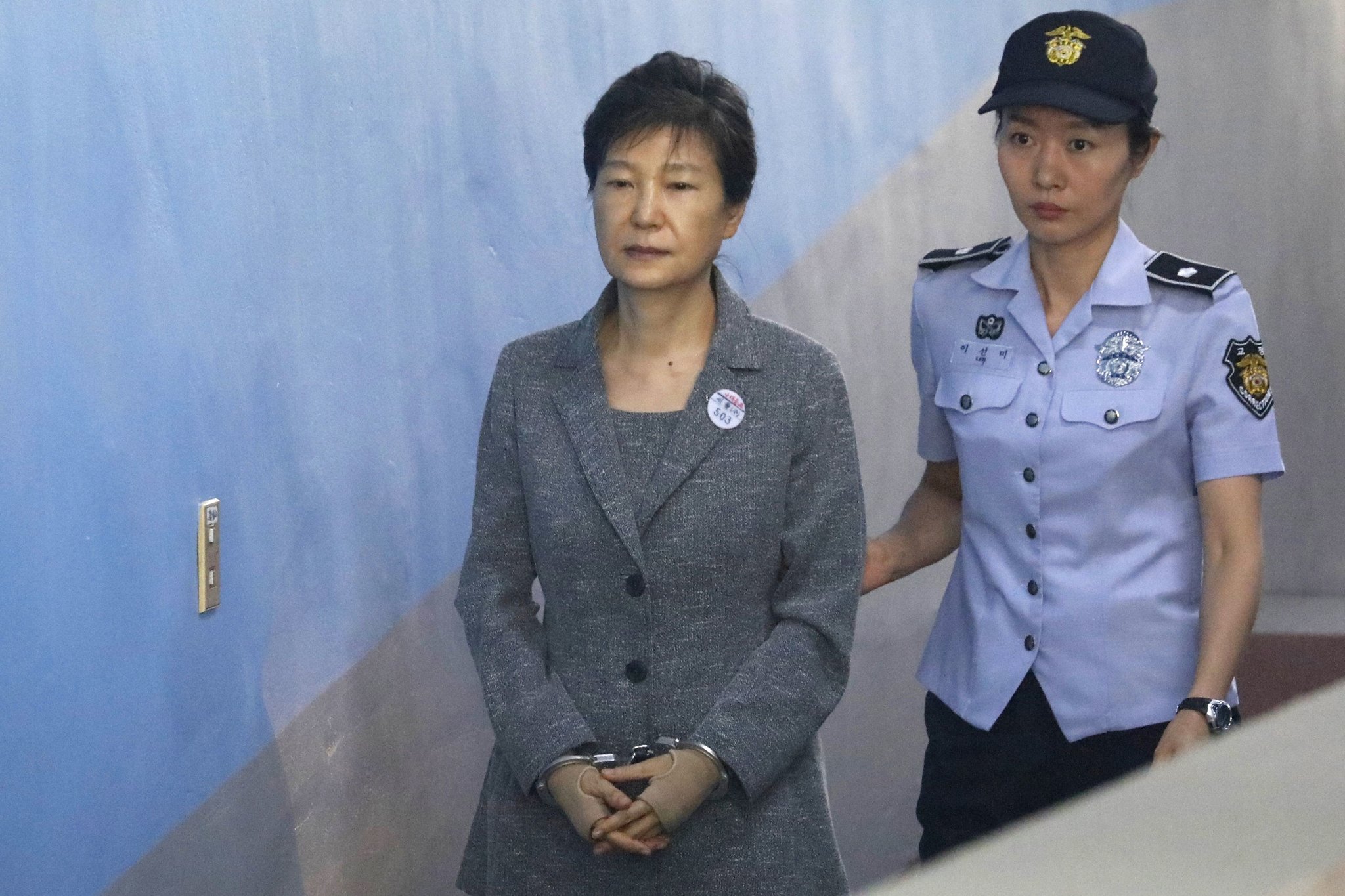 Park Geun-hye arriving in court a year ago. An appeals court added a year to the ousted South Korean president’s prison term on Friday. [PHOTO: Pool photo by Kim Hong-Ji]

Former South Korean President Park Geun Hye’s sentences for corruption and bribery have been reduced by 10 years, taking her total sentence to 22 years in jail, a court in Seoul decided on Friday.

Mrs Park had been indicted for corruption and abuse of power, as well as bribery in a separate case, following a scandal in 2017 that led to her impeachment.

The original sentences of these two cases were reviewed together and reduced by 10 years to 20. A third sentence for violating electoral laws remains unchanged.

Mrs Park denies any wrongdoing and has not attended her trials since October 2017.

Initially, Mrs Park was charged with abuse of power, corruption and coercion, among other things. In the first instance she received a sentence of 24 years, to which one year was added in August 2018.

Later, a separate charge of bribery was levelled against her for accepting high sums from the secret service, adding six years to her sentence, which were later reduced to five.

Her total sentence thus amounted to 32 years, which has now been reviewed to 22.

The daughter of military dictator Park Chung Hee, Mrs Park was the first woman to be elected president of South Korea in 2012. Her successor is the liberal Moon Jae In.