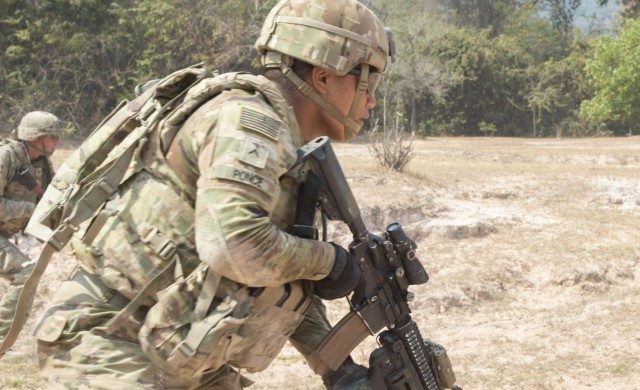 A Thai soldier has killed at least 17 people and wounded dozens more following a rampage at a military base and a shopping mall.

The soldier armed himself with a machine gun and targeted soldiers, including his superiors, at a cantonment and civilians at a shopping mall in Korat, north of Bangkok. Dozens remained critically injured following the attack, which was broadcast live on Facebook, Thai media reported.

Media reports said the soldier, whose identity was subsequently confirmed by law enforcement authorities, carried out the attack with a stolen military truck. At least one senior military officer was killed while several other uniformed personnel were wounded by the gunman, who remained at large.

“I am tired now,” the soldier reportedly said while streaming the attack. “I cannot move my finger anymore.” The Facebook page he used has since been deleted, reports said. Other videos circulated on social media appeared to show the gunman walking with a rifle along the road during the attack.

The attack took place about 10 miles apart between the military base and the shopping mall, where hostages were also reportedly held.

About 60 hostages were rescued by security forces around 8.00 p.m. local time, with more civilians still feared trapped in the shopping mall.

Federal authorities have placed the neighbourhood on lockdown and declared the gunman wanted.

Meet The Couple Who Emerged Champions At Lagos Marathon