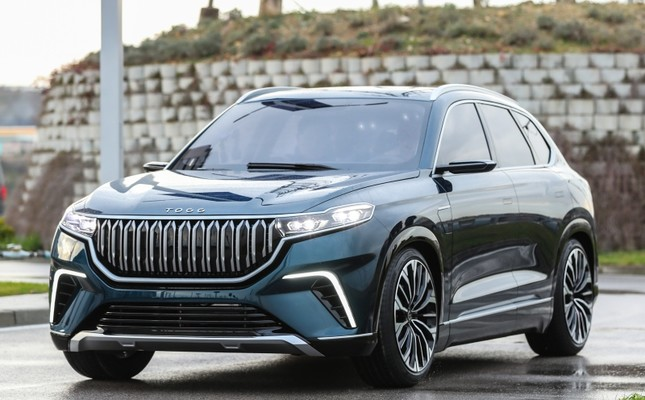 The fully electric SUV is expected to have two engine configurations – 200 horsepower or 400 horsepower, CEO of Turkey’s Automobile Joint Venture Group (TOGG) Gürcan Karakaş announced during a presentation in Kocaeli.

The version with the higher running capacity will go from 0 to 100 kilometres per hour in 4.8 seconds.

The vehicle will have a range of up to 500 kilometres and a locally produced Lithium-ion battery chargeable to 80% in less than 30 minutes.

Speaking at the unveiling ceremony of the automobile in the industrial province of Kocaeli, President Recep Tayyip Erdoğan said: “Today, we are witnessing a historic day of realising Turkey’s 60-year dream together.

“We do not have to buy a license or permission from anyone, we determine all the technical features by ourselves,” he added, highlighting the role of 100 Turkish engineers working on this project.

Mr Erdoğan stressed that Turkey would deal with all efforts to stop it from producing its own car.

Mr Erdogan added that the government had plans for the car to hit the road in 2022 with a total investment of 3.7 billion dollars.

It will be Turkey’s first attempt to put a car into mass production following a failed attempt in the 1960s, Mr Erdogan said.

A factory in the north-western city of Bursa, some 150 kilometres to south of Istanbul, is expected to produce up to 175,000 units per year, employing more than 4,000 workers, according to a presidential decree published on the Official Gazette on Friday.

The government offers land allocation, tax exemptions and a purchase guarantee of 30,000 cars until the end of 2035, according to the decree.

Mr Erdogan did not announce how much the car would cost.

Several global brands, including Toyota and Hyundai, already produce cars in Turkey, much of it exported to Europe, including Germany and Italy.

“We have been saying for years that Turkey needs to produce its own car, that we deserve better than being assemblers,” Mr Erdogan said ahead of the unveiling of the prototypes.