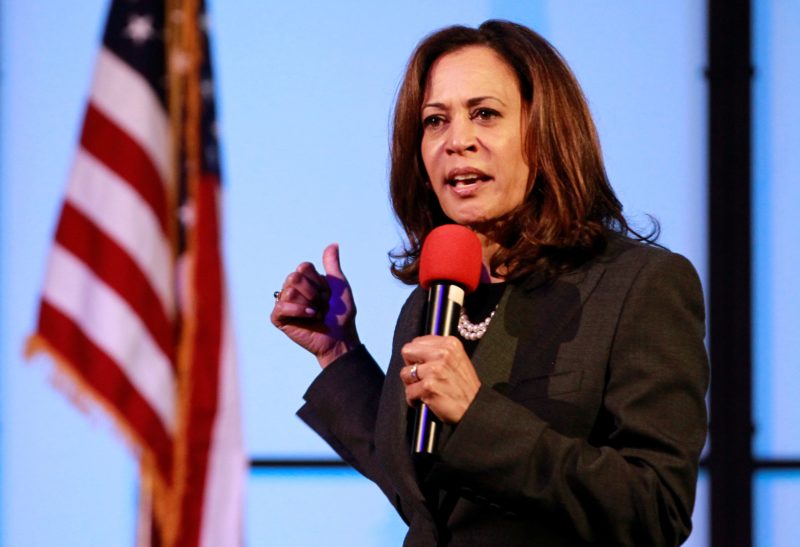 After launching her presidential campaign with a splash in Oakland, California, less than a year ago, California Senator Kamala Harris has made an equally stunning exit, telling supporters that she does not have the resources to continue her 2020 bid.

“I’m not a billionaire. I can’t fund my own campaign.

“And as the campaign has gone on, it’s become harder and harder to raise the money we need to compete,” Harris wrote in an email.

An early favourite in the race, she dropped out two weeks before her home state is slated to host the sixth presidential debate in Los Angeles and exactly two months before the Iowa caucuses, where her campaign had increasingly focused its efforts.

Although Harris was lagging in polls in California, her departure from the race is likely to shake up the primary contest in the state, which votes on
March 3, also known as Super Tuesday.

She had the majority of endorsements from political officials in California and close ties to the state’s vast donor network.

California Governor Gavin Newsom was slated to campaign for Harris in Iowa next weekend.

On Tuesday, he tweeted, “@KamalaHarris is exiting the way she entered – with grace, grit & a love for America.”

Harris’ establishment support could now fall to some of the more moderate candidates in the race, like former Vice President Joe Biden, Minnesota Senator Amy Klobuchar, or South Bend, Indiana, Mayor Pete Buttigieg – the only candidate to outraise Harris in California in any quarter of 2019.

And it underscores how important it is in the 2020 race to build a small-dollar online donor base, the way Democratic primary rivals Bernie Sanders and Elizabeth Warren have.

After spending much of the summer attending high-dollar fundraisers, Harris saw her polls slip and refocused on campaigning in the fall.

Initially, her campaign was focused on South Carolina, the first state with a large African American population to vote in the Democratic primary.

But Harris failed to make a dent in Biden’s lead with African American voters in the state.

As her funds dwindled, her campaign laid off staff in its Baltimore headquarters, New Hampshire and other states and shifted its focus to Iowa. It was not enough.

“In good faith, I can’t tell you, my supporters and volunteers, that I have a path forward if I don’t believe I do.

“So, to you my supporters, it is with deep regret – but also with deep gratitude – that I am suspending my campaign today,” Harris wrote in an email.

It’s a steep fall for someone who was once touted as the “female Obama.”

As Harris often noted during her presidential campaign, she had been counted out in her previous races for San Francisco district attorney and California attorney general, only to fight back and notch surprising wins.

She was the first female and first person of color elected attorney general in California and the first African American and Indian American the state elected to the U.S. Senate.

Even before she arrived in Washington in 2017, Harris was being hailed as one of the Democrats’ top presidential prospects.

Her campaign launch in Oakland in January 2019, where she introduced herself as a “progressive prosecutor,” drew a crowd of more than 20,000 people.

But Harris struggled to reconcile her presidential campaign rhetoric with some of her decisions as a prosecutor and attorney general.

Her difficulty addressing questions about her record on criminal justice, as well as her waffling on health care policy, reinforced her reputation as overly cautious and hurt her with some in the party’s liberal base.

A sharp exchange with Biden in the primary’s first debate last June drew attention to Harris, and rocketed her into the top tier of candidates in national polls.

But the momentum didn’t last.
Political observers have blamed a lack of clear message or core political identity.

“Kamala Harris had a really good beginning and a sugar high after the first debate.

“What’s her big argument” for being president?,”
said Bob Shrum, a longtime national Democratic strategist who now serves as director of the Centre for the Political Future at University of Southern California.

But “I’ve never been able to figure out what her campaign theme is.

Shrum said in an interview before Harris dropped out of the race.

Steve Maviglio, a Sacramento, Calif.-based Democratic consultant who served on Bill Clinton’s presidential campaign, said the Harris campaign’s initial primary strategy – focusing on states in the South as well as California – made sense “on paper.”

Maviglio, however, said this is unlikely to be Harris’ last stand in national politics.

“She’s basically a rookie when it comes to the national stage and she’s young and ambitious.

“It would not shock me to see her take another run at this, whether it be in 10 years or six years from now,” he said. (dpa/NAN)