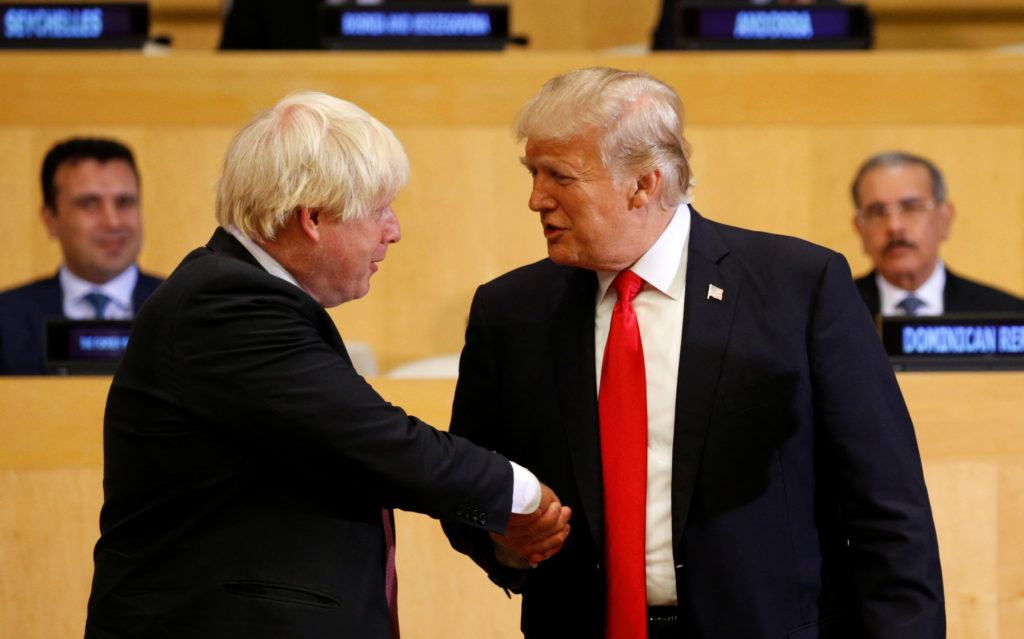 Trump backs Johnson to be next British Prime Minister

US President Donald Trump has said Boris Johnson would be an “excellent” choice to replace British Prime Minister Theresa May, days ahead of a state visit to London.

“I actually have studied it very hard. I know the different players,” he said in an interview with the Sun tabloid published late Friday.

“But I think Boris would do a very good job. I think he would be excellent.

“I like him. I have always liked him. I don’t know that he is going to be chosen, but I think he is a very good guy, a very talented person.”

The U.S. president also said other candidates in the race to replace May, who will step down as leader of the Conservative party on June 7 after failing to push her Brexit deal through parliament, had also sought his endorsement.

“I don’t want to say who but other people have asked me for endorsements, yes.

“I could help anybody if I endorse them. I mean, we’ve had endorsements where they have gone up for forty, fifty points at a shot,” Trump claimed.

The president also criticised May for playing a weak hand in her Brexit negotiations.

“I think that the UK allowed the European Union to have all the cards. And it is very hard to play well when one side has all the advantage.

“I had mentioned to Theresa that you have got to build up your ammunition.”

The U.S. president gave a similarly controversial interview before his first official visit to Britain 2018, when he said May had ignored his advice on Brexit negotiations and again said Johnson would make a “great prime minister.”(dpa/NAN)