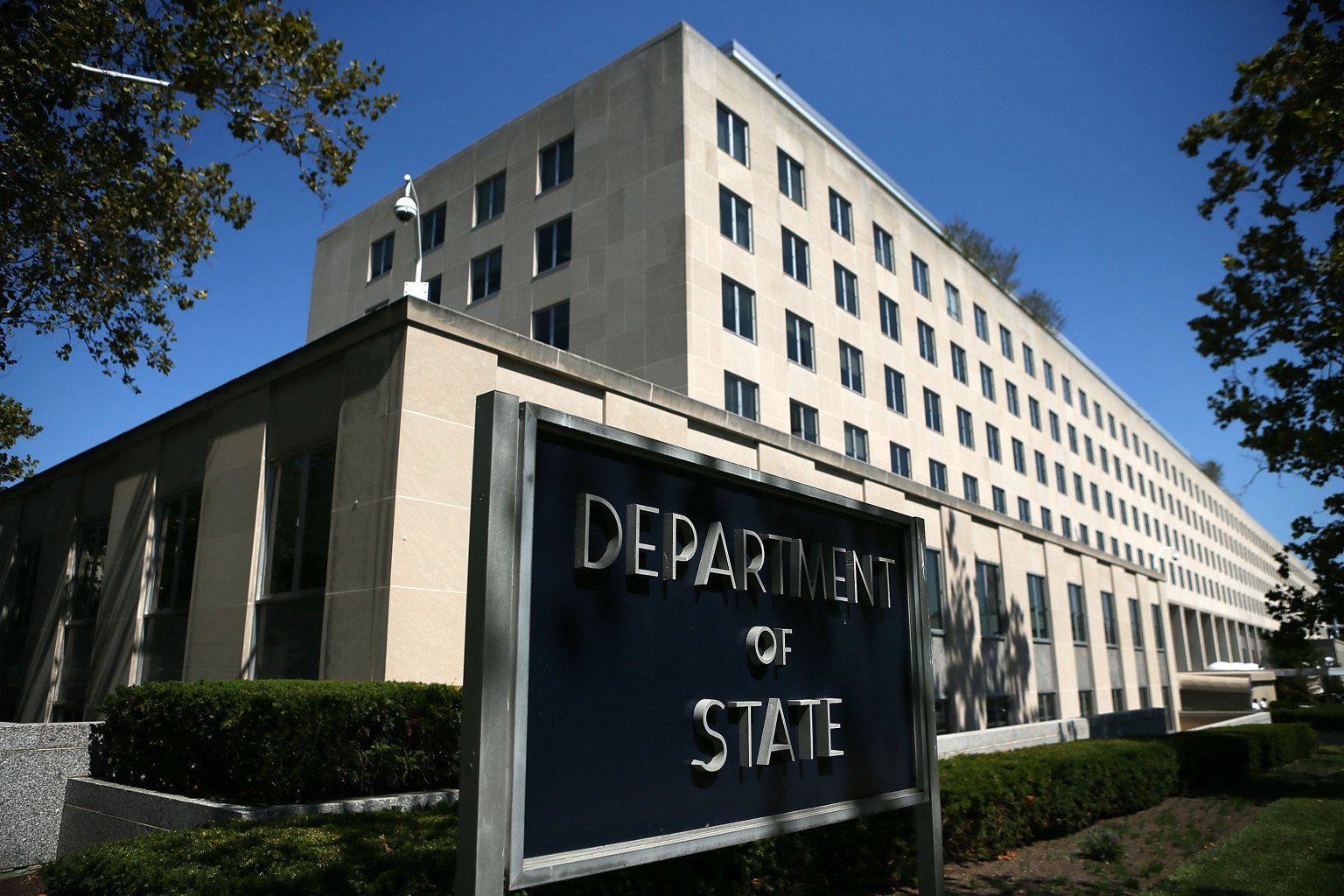 WASHINGTON, DC - SEPTEMBER 12: A sign stand outside the U.S. State Department September 12, 2012 in Washington, DC. U.S. Ambassador to Libya J. Christopher Stevens and three other Americans were killed in an attack on the U.S. Consulate in Benghazi, Libya. (Photo by Alex Wong/Getty Images)

The U.S. embassy in Cambodia has fired 32 people after they were allegedly caught sharing pornographic material in a non-official chat group, several sources familiar with the matter
said on Friday.

Four sources told Reuters that pornographic videos and photographs, including some featuring people under the age
of 18, were shared in a Facebook Messenger chat group.

Some of the images were seen by the wife of an embassy worker who reported the incident to an official at the embassy.

The matter was then forwarded to the Federal Bureau of Investigation (FBI), the sources said.

“They had their identification cards taken and some of their phones checked,” a former U.S. embassy staff member told Reuters on condition of anonymity.

He said the 32 embassy workers included Cambodians and Cambodian-Americans. Many were guards and some were clerical
staff.

They said there were no diplomats among them.

Two of the sources, both of whom work at the embassy, confirmed the dismissals.

The dismissals come at a time of tension between Cambodia and the United States over U.S. criticism of a crackdown on dissent by long-serving Prime Minister Hun Sen, and his anger over what he says have been U.S. efforts to
undermine his rule.

The U.S. has denied interfering in Cambodian politics.

The Cambodian government has not commented on the dismissals.

Cambodia, still emerging from decades of conflict and poverty, has been notorious for child prostitution, and several foreigners have been convicted and jailed for child abuse in recent years.

Child rape continued to be a serious problem in Cambodia, the U.S. State Department said in a 2016 report.

An embassy spokesman said he could not comment and referred queries to the State Department.

The State Department declined to comment when contacted by Reuters.

“These records are confidential,” a State Department official told Reuters on Friday.

“I am not sure that’s really something we would have comment on,” he said.

Reuters could not contact any of the workers who had been fired.

It was not immediately possible to get a figure for the number of people employed at the embassy, which is housed in a purpose-built, city-centre compound.