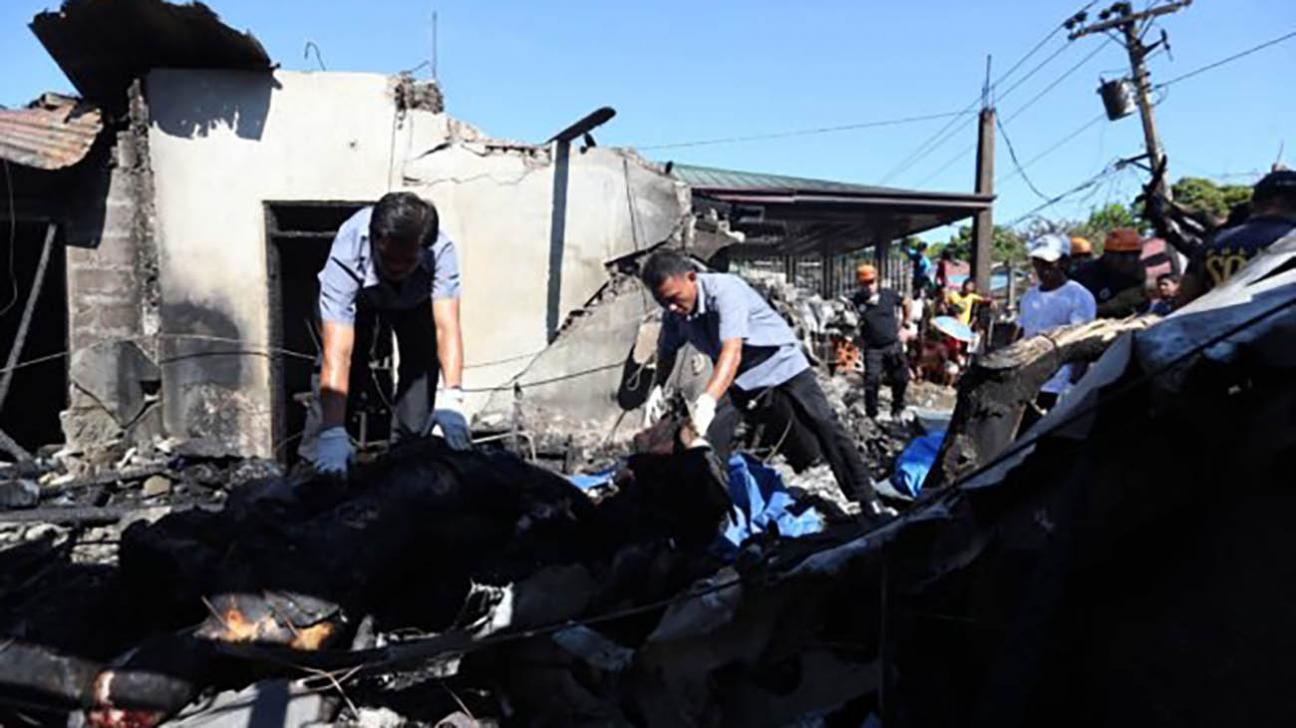 Funeral services staff taking out the bodies from the site where a Piper 23 Apache aircraft crashed in Barangay Lumangbayan, Plaridel, Bulacan shortly after take-off from Plaridel Airport. At right is the electrical post which the plane was said to have clipped before crashing into the bungalow-type house below. Photo courtesy: INQUIRER/ Asia News Network

10 dead after plane crashes into house

Ten people, including three children, were killed on Saturday when a twin-engine light aircraft crashed into a house in the northern Philippines, officials said.

The Piper 23 Apache plane had just taken off from an airport in the town of Plaridel in Bulacan province when it stalled and plunged, said the Civil Aviation Authority of the Philippines.

The plane, which was on its way to the northern city of Laoag, was carrying four passengers and the pilot, who were all killed in the crash, Aviation Authority spokesman, Eric Apolonio, said.

The co-pilot, who was on the flight manifest, reported that he was not able to go on the trip, he added.

The aircraft burst into flames as it crashed into the house in a nearby village, killing five residents, according to Plaridel town Mayor Jocell Vista Casaje.

“Three children aged 7, 10 and 17 years were among those killed in the house. We just retrieved the last body from the gutted house,” Mr. Casaje said.

The father of the family that lived in the house said his two sons, wife, daughter and mother-in-law were home during the accident, said Felicisima Mungcal, head of the provincial disaster relief agency.

“The house was totally gutted by the fire,” she said, adding that the victims were reportedly having lunch when the accident happened.

The father of the family, who arrived after some bodies had already been retrieved, was “very distraught but accepted it was an accident,” Mr. Casaje said.

Investigators have yet to determine what caused the plane crash. Aviation authorities have grounded all aircraft of the company that operated the ill-fated Piper 23 Apache.

INTERVIEW: How Super Eagles can do well at World Cup — Uche Okechukwu