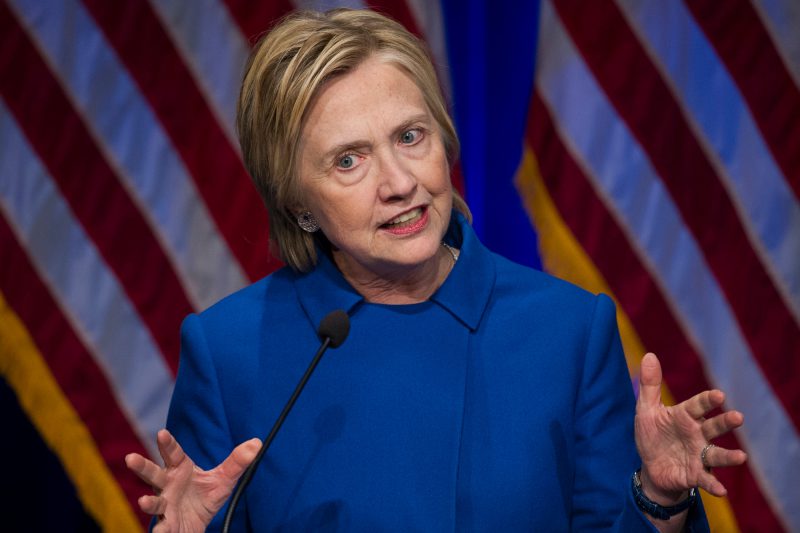 Mrs. Clinton urged the U.S. to get all parties to the negotiation table.

Mrs. Clinton also called on China to take a “more out-front role” in enforcing sanctions against North Korea aimed at curbing its missile and nuclear development.

“There is no need for us to be bellicose and aggressive over North Korea,” Mrs. Clinton told the World Knowledge Forum in Seoul, stressing the need for more pressure on North Korea and diplomacy to bring Pyongyang to talks.

The war of words has seen Mr. Trump call the North Korean leader “little rocket man” on a suicide mission, and vow to destroy the country if it threatens the U.S. or its allies.

In turn, the North called Mr. Trump “mentally deranged” and a “mad dog”.

Talks between the adversaries have long been urged by China in particular, but Washington and its ally, Japan have been reluctant while Pyongyang continues to pursue a goal of developing a nuclear-tipped missile to hit the U.S.

On Tuesday, Deputy Secretary of State John J. Sullivan said the U.S. did not rule out the eventual possibility of direct talks with North Korea.

The situation on the Korean peninsula was now touch-and-go point and a nuclear war may break out any moment”, North Korea’s Deputy UN Amb. Kim In Ryong had told a UN General Assembly committee on Monday.

In Seoul, the vice foreign minister said South Korea was considering levying its own sanctions on the North, although no decision had yet been made. (Reuters/NAN)