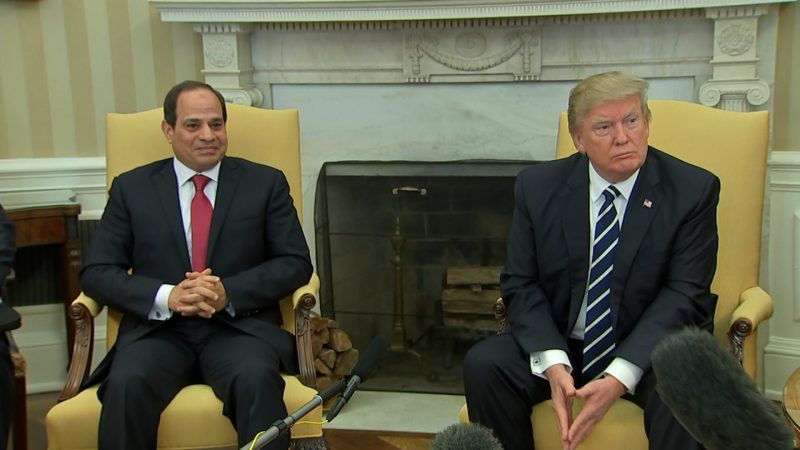 Egypt expressed its regret on Wednesday over a U.S. decision to deny it $95.7 million in aid and to delay a further $195 million.

Two U.S. sources familiar with the matter told Reuters on Tuesday the decision came because of Egypt’s failure to make progress on respecting human rights and democratic norms.

Egypt Foreign Ministry in a statement said the move would have a negative impact on common interests.

“Egypt sees this measure as reflecting poor judgment of the strategic relationship that ties the two countries over long decades and as adopting a view that lacks an accurate understanding of the importance of supporting Egypt’s stability,” the ministry said in a statement.

NAN reports that on Tuesday, officials said Secretary of State Rex Tillerson had decided to withhold $65.7 million in military assistance and $30 million in economic aid to Egypt.

Officials said that the money will be reprogrammed, meaning it will now be sent to other countries.

The officials stressed that the U.S. continues to consider Egypt a key strategic partner but that it remains seriously concerned about a lack of progress on the human rights front.

This includes the passage of the new law on non-governmental organisations that has been widely criticised for being excessive and used to crackdown on opposition.

Officials said that the $195 million would be held in reserve until Egypt makes progress in those areas.

NAN reports that Egypt is the second largest recipient of military aid from the U.S. after Israel, receiving about 1.3 billion dollars annually.

Officials noted that the U.S. has provided nearly 80 billion dollars in military and economic assistance to Egypt over the past 30 years.

When Trump met with el-Sisi in the White House in April, he made no mention of Egypt’s human rights record in the post-meeting statement, an omission that many took as a sign that the issue was not a priority for the administration.

Yet, two months later, two senators from Trump’s Republican Party slammed as “draconian” the law that effectively bans the work of non-governmental organisations and urged that it be repealed.

The law has triggered wide international backlash and raised concerns over human rights conditions in Egypt.

Egypt has defended the law, saying it was drafted and passed in accordance with constitutional provisions.