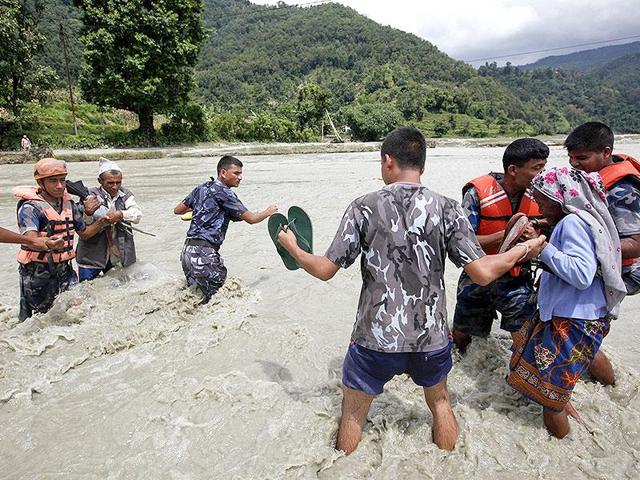 At least 120 people have been killed and tens of thousands affected by floods and landslides triggered by monsoon rains across Nepal, the government said on Wednesday, in the worst such calamity in nearly a decade.

Some 35 people were still missing and 39 injured as emergency workers scrambled to supply relief to areas devastated by the floods.

On Wednesday, the government sent helicopters to a dozen districts where people were desperate for food and clean drinking water, Ram Subedi, a home ministry spokesman, said.

“We have sent food packets to people because they have been without food for several days. We have also sent tarps, clothes and cooking utensils,” Mr. Subedi said.

“We have been distributing free medicines to flood-affected people for a week. We have also sent water purifiers to prevent water-borne diseases,” he said.

“We have been out on the road without food and clean drinking water for the past four days.

“Many elderly, pregnant and postpartum mothers and children have fallen ill,’’ a man from a flood-stricken area in western Nepal, was quoted as saying by The Kathmandu Post on Wednesday.

The Home Ministry said 26,000 emergency workers, including police officers and soldiers, were deployed in flood-hit areas across the country.

Every year, floods and landslides triggered by rains cause numerous deaths in Nepal, where the monsoon season lasts from June to September.