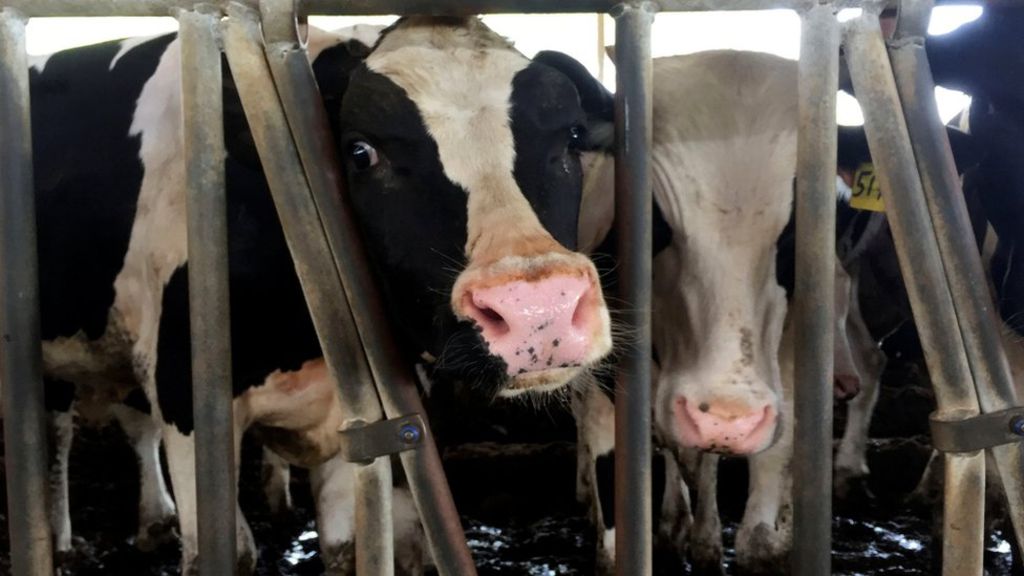 Dairy Cows that produce milk used to illustrate the story

German cattle have been flown into Qatar to boost milk supplies amid a Saudi Arabian-led blockade of the Middle Eastern country, Qatari agricultural company, Baladni, said on Wednesday.

The 165 Holstein dairy cows, the first of some 4,000 due to be imported to the country, were delivered on Tuesday.

A spokesman for the agricultural company told journalists that the cows were originally from Germany, they were flown into Qatar from Budapest, their last place of residence.

The company released video footage showing the cows being brought from Doha airport to a purpose-built dairy farm north of the Qatari capital that has capacity for 4,000 animals.

The Baladni spokesman said that the next group of cows was expected in the coming days and that the dairy cow imports would come from Germany, Australia and the U.S.

The cows are meant to meet the population’s dairy needs, which are currently being met by imports from Turkey.

Meanwhile before the blockade, most dairy imports came from Saudi Arabia.

On June 5, Saudi Arabia, Egypt, Bahrain and the United Arab Emirates launched a boycott of Qatar for its alleged support of terrorism and ties to Iran.

Qatar is in the process of ensuring new trade routes.