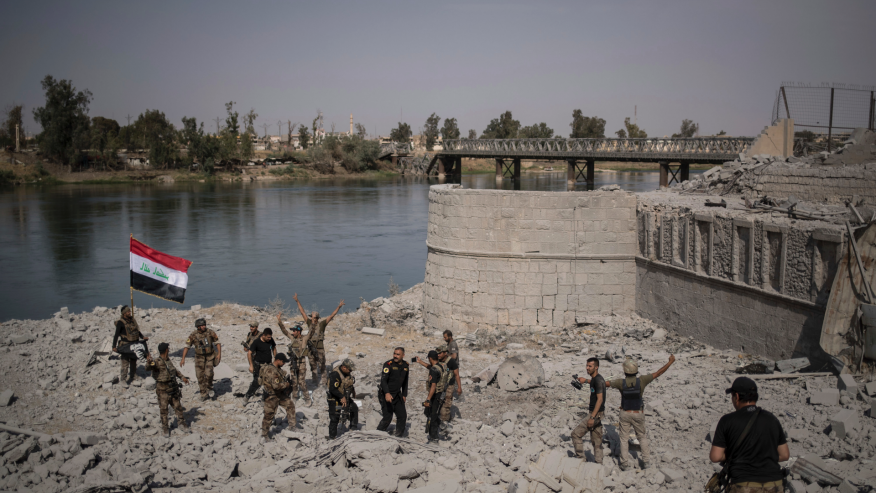 UN Secretary-General António Guterres has paid tribute to the Iraqi Government, following its liberation of the northern city of Mosul from the Islamic State of Iraq and Syria (ISIL) fighters.

Guterres pledged United Nations’ support to aid the displaced communities and restore rule of law in the freed areas.

The UN has called for 985 million dollars to aid humanitarian projects but so far, about 43 per cent has been received, leaving a gap of 562 million dollars.

“The recovery of Mosul is a significant step in the fight against terrorism and violent extremism,” the Secretary-General said in a statement by his spokesperson, Mr Stéphane Dujarric.

Guterres said the UN would stand by the government as it creates the conditions for “voluntary, safe and dignified return” of the displaced communities, as well as to restore the rule of law, prevent a return to violence and foster accountability for all violations.

He also lauded the “courage, determination and perseverance” of the people and government, and added condolences for the loss of lives and wishes for those injured.

Since the military campaign to retake Mosul began on October 17, 2016, some 920,000 civilians fled their homes, the UN Office for the Coordination of Humanitarian Affairs (OCHA) said.

“It’s a relief to know that the military campaign in Mosul is ending.

“The fighting may be over, but the humanitarian crisis is not,” the Humanitarian Coordinator for Iraq, Lise Grande, was quoted in the statement.

Grande explained that close to 700,000 people were still displaced, nearly half of whom were living in 19 emergency camps, adding they need shelter, food, health care, water, sanitation and emergency kits.

“The levels of trauma we are seeing are some of the highest anywhere. What people have experienced is nearly unimaginable,” Grande said.

She said aid workers “have been working around the clock” and that “enormous efforts” have been made by the Government and partners, but that there is “a lot to do in the weeks and months ahead.”