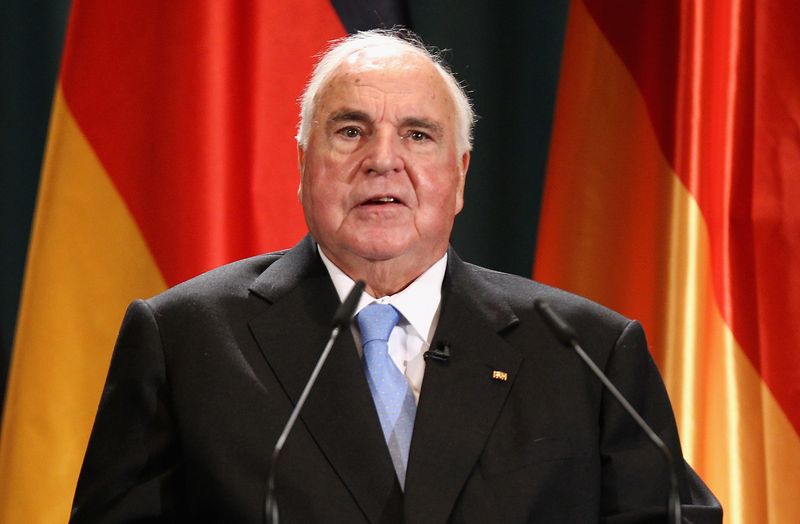 World leaders on Saturday convened at a ceremony in France to honour former Chancellor of Germany Helmut Kohl, the main architect of German reunification.

His body was taken from his birthplace in Ludwigshafen, Germany, early in the morning and taken to Strasbourg.

Kohl’s coffin, draped in the flag of the European Union, was carried into the European Parliament’s main chamber for the two-hour service.

The event would be followed by a smaller service in Ludwigshafen, where Kohl was born.

There would be a procession through the city centre so that residents could say goodbye to their honorary citizen.

Kohl’s coffin is then due to be transported to the town of Speyer on the river Rhine, where he would be buried in a private ceremony for family and friends.

The body would travel a total of 250 kilometres in the space of 12 hours.

Preparations for Kohl’s funeral proved controversial after the politician’s widow refused a German state funeral and had to be prevented from inviting Hungary’s Victor Orban, to give a speech at the Strasbourg ceremony.

Germany’s longest-serving post-war leader died in June at the age of 87.

He led Germany through reunification in 1990 and was chancellor, first of West Germany, and then of the unified nation from 1982 to 1998.

He is also seen as a key figure in European integration in the post-World War II era.(dpa/NAN)