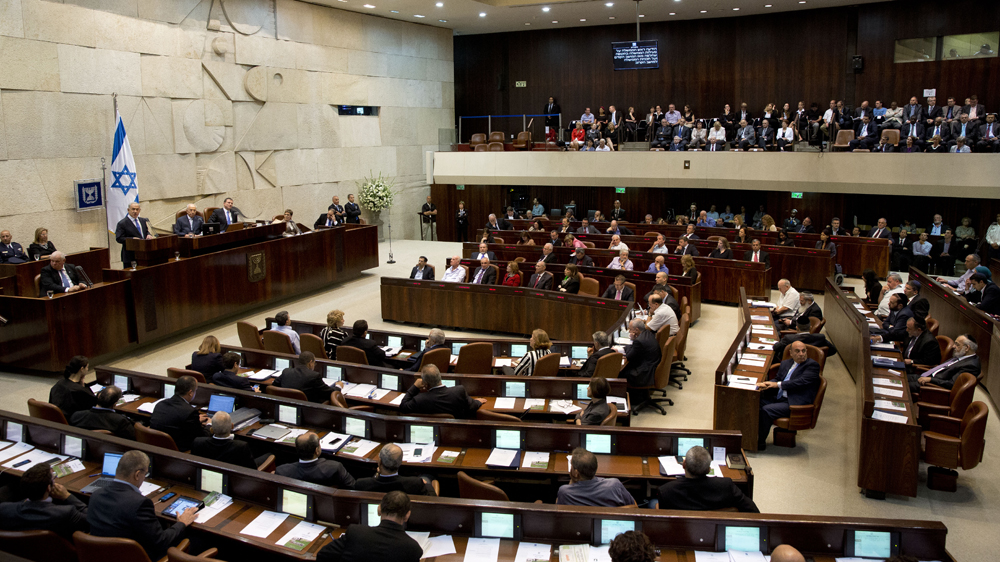 Israel’s parliament speaker went on national radio on Thursday to try to quell anger over a ban on female staff wearing skirts deemed too short.

The lawmaker, Manuel Trajtenberg, noted that the move had caused a scandal in a legislature where informal dress had long been the fashion.

The furore began about 10 days ago when Knesset security guards began turning away women they accused of being dressed immodestly, even though the rules do not specify a skirt length.

On Wednesday, about 30 women protested at the Knesset’s security entrance, posing for news cameras wearing above-the-knee skirts or dresses in defiance of the ban.

They were supported by a man wearing a skirt over his trousers and a member of parliament who stripped down to his undershirt.

Trajtenberg complained that soon women would have to wear burkas.

Parliamentary Speaker Yuli Edelstein said on national radio that the Knesset had not gone, in his words, Iran-Taliban.

The issue has been referred to a special committee, where lawmakers and aides, male and female, would take a look at the dress code and decide to what extent it should be implemented.

Edelstein defended the need for decorum in the legislature and said parliament’s administrative director had only been doing his job when he sent round a letter in October reminding everyone of the dress code.

He said the official had been acting on numerous complaints from legislators and staffers about people clad inappropriately.

The debate touched on sensitive religious issues in increasingly conservative Jerusalem, where the secular majority and ultra-Orthodox Jewish minority are traditionally at odds over the role of women in society and their attire.

At the Knesset, some women staff said male guards had embarrassed them publicly by ordering them to unbutton their coats so they could see the length of their skirts.

The controversy seemed almost out of place in a legislature where business suits are as much the exception as polite debate and where shouting matches are de rigueur.

For an institution charged with enacting laws, its own dress code is not written in stone.

While banning tank tops, ripped trousers, flip-flops and shorts, it does not set a precise hemline, merely forbidding short skirts and dresses.

A ban on open-toed sandals and jeans has only been enforced inconsistently in the last decade. (Reuters/NAN)