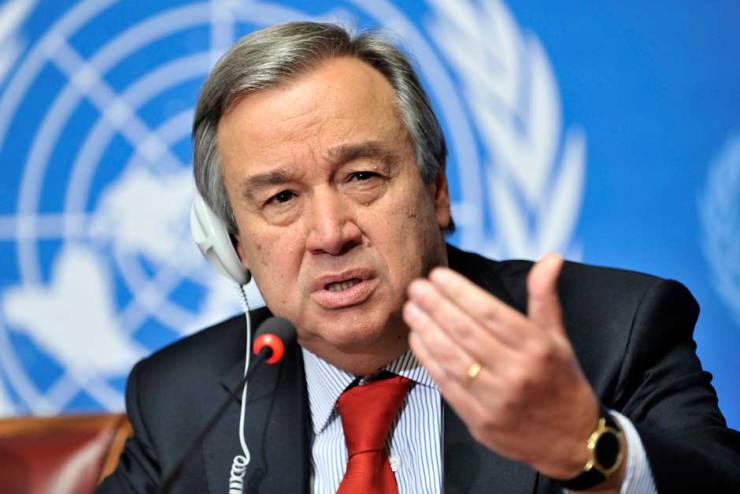 Sworn in on Monday as the ninth and next UN Secretary-General, António Guterres pledged to carry out a far-reaching reform of the global organisation to make it effective and efficient in its response to global challenges.

Guterres, in his remarks after taking the oath of office, said he would reposition development at the centre of the UN’s work and ensure that the UN can change to effectively meet the myriad challenges facing the international community.

“The United Nations needs to be nimble, efficient and effective. It must focus more on delivery and less on process; more on people and less on bureaucracy.

“The United Nations was born from war. Today we must be here for peace, Guterres said after taking the oath of office at a ceremony before the 193-member UN General Assembly.”

The incoming UN secretary-general noted that addressing root causes, cutting across all three pillars of the UN – peace and security, sustainable development and human rights – must be a priority for the organisation.

The News Agency of Nigeria reports that Ban will step down on December 31, 2016 after leading the global organisation for the past 10 years.

The incoming scribe was formally appointed by the General Assembly on October 13, 2016 in what was the culmination of a historic process, which member States set in motion late last year.

The selection of a new UN Secretary-General, traditionally decided behind closed-doors by a few powerful countries, for the first time in history, involved public discussions with each candidate vying for the leadership position.

Monday’s ceremony opened with the General Assembly paying tribute to outgoing secretary-general for his contribution to the work of the UN since January 1, 2006.