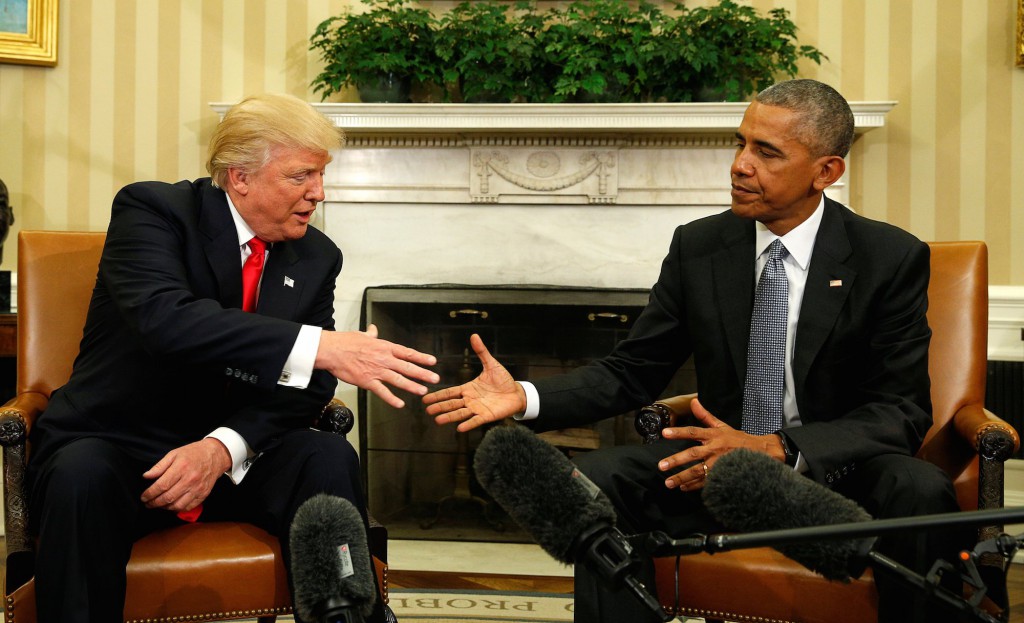 Obama: I cannot guarantee Trump will not pursue campaign rhetoric

Outgoing U.S. President Barack Obama says he cannot guarantee that president-elect Donald Trump will not pursue some of his campaign rhetoric when sworn-in as president.

Mr. Obama made the remark in Lima at his final international news conference as U.S. president after attending the Asia-Pacific Economic Cooperation Forum.

The news conference was monitored by the correspondent of the News Agency of Nigeria, NAN, in New York.

“I can’t guarantee that the president-elect won’t pursue some of the positions that he’s taken.

“But what I can guarantee is that reality will force him to adjust how he approaches many of these issues; that’s just the way this office (U.S. presidency) works.”

The U.S. president, who had been assuring world leaders about a Trump’s presidency until now, however, asked them to adopt a “wait and see” approach about the president-elect.

“What I expect from world leaders is the same thing that I have said in a number of press conferences, which is the president-elect now has to put together a team.

“He has to put forward specifics about how he intends to govern and he hasn’t had the full opportunity to do that yet.

“So people should take a wait-and-see approach in how much his policy proposal, once in the White House once he’s sworn-in, matches up with some of the rhetoric of his campaign.

“My simple point is that you can’t assume that the language of campaigning matches up with the specifics of governing, legislation, regulations and foreign policy.

“I can’t be sure very well, I think like everyone else, we will have to wait and see.”

Obama, however, assured that the reality would force Trump to adjust his stance on issues.

“As I have said before, once you are in the Oval Office, once you begin interacting with world leaders, once you see the complexities of the issues, that has a way of shaping your thinking.

“Also in some cases, it has a way of magnifying your thinking.

“This is because, you recognise the solemn responsibility not only to the American people but some responsibilities that America has as the largest most powerful country in the world.”

The outgoing president also said that Trump’s campaign rhetoric were not as easy to fulfil as he thought.

According to him, if those issues were that simple, they would have been done by previous presidents before Trump was even elected.

“I’ve said before, if these issues were easy, that ensuring prosperity, jobs, security, good foreign relations with other countries, if all that was simple, then it would have been done by every previous president.

“I’m a very pretty good presidential historian and I’ve looked at my 43 predecessors.

“I’ve seen that for all of them, even the best ones, that you end up confronting the realities and I think that is a good thing, that is interesting,” Obama said.

He, however, said that Democratic Party’s message needed to speak to a broad number of Americans and not limited to a segment adding, that was the secret of his victories.