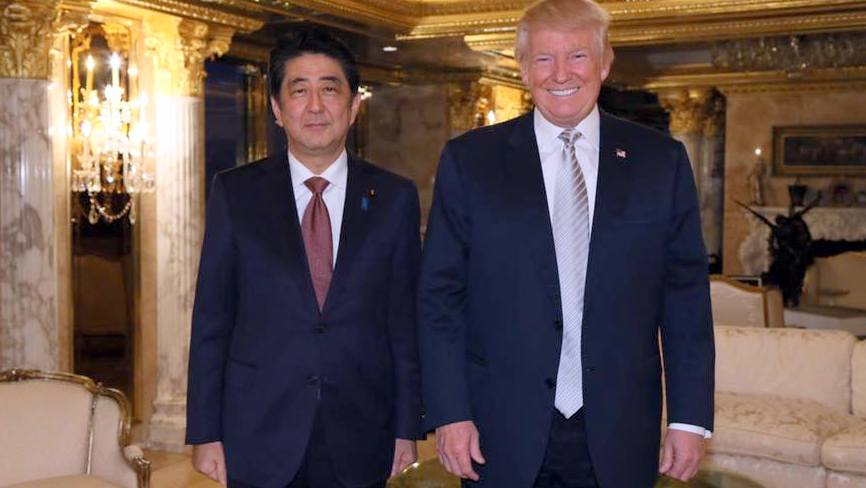 He said this after meeting the U.S. President-elect to get clarity on statements Mr. Trump had made while campaigning that had caused concern about the alliance.

Mr. Abe, speaking after the hastily arranged 90-minute meeting at Trump Tower in Manhattan, told journalists in New York that the talks made him feel sure that they could build a relationship of trust.

However, the prime minister would not disclose specifics because the conversation was unofficial.

Trump, in a brief entry on his Facebook page accompanied by a photo of the two men, said: “It was a pleasure to have Prime Minister Shinzo Abe stops by my home and begin a great friendship.’’

Japan’s leadership has been nervous about the future of an alliance that is core to Tokyo’s diplomacy and security.

Mr. Trump had fanned worries in Tokyo and beyond with comments on the possibility of Japan acquiring nuclear arms.

He demanded that allies pay more for keeping U.S. forces on their soil or face their possible withdrawal, and his opposition to the U.S.-led 12-nation Trans-Pacific Partnership (TPP) free trade pact.

Meanwhile, Mr. Abe had worked closely with President Barack Obama on the TPP trade pact, which was part of Mr. Obama’s push to counter the rising strength of China and a pillar of Mr. Abe’s economic reforms.

“Alliances cannot function without trust. I am now confident that President-elect Trump is a trustworthy leader,” Mr. Abe said, describing the talks as candid and held in a warm atmosphere.