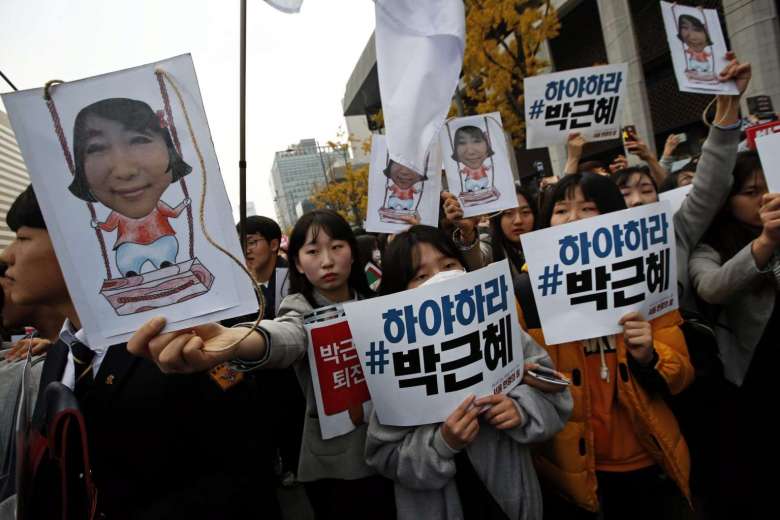 At least 190,000 demonstrators joined one of South Korea’s largest rallies in recent decades on Saturday, calling for the resignation of President Park Geun Hye amid accusations she allowed a friend to influence policy decisions.

Organizers said over 500,000 people took part in the protests, which took place near the presidential palace in the centre of Seoul, while police estimated the number of participants at 190,000.

Protests were also planned in 30 different cities across South Korea, as well as in 10 cities abroad, including the U.S. and Germany, according to broadcaster KBS.

The scandal surrounding undue influence on the South Korean president has drawn thousands to the streets since her confidante, Choi Soon Sil, was accused of having access to and influencing state affairs without an official seat in the government.

Choi, currently in police custody, also stands accused of using her access to raise funds for foundations and to personally enrich herself.

Park has apologized for allowing her friend and confidante to review speeches and personnel decisions.

But the whiff of corruption – especially amid charges that Choi used her connection to Park for financial gain – has led Park’s popularity to plummet to 10 per cent in a recent poll. (dpa/NAN)