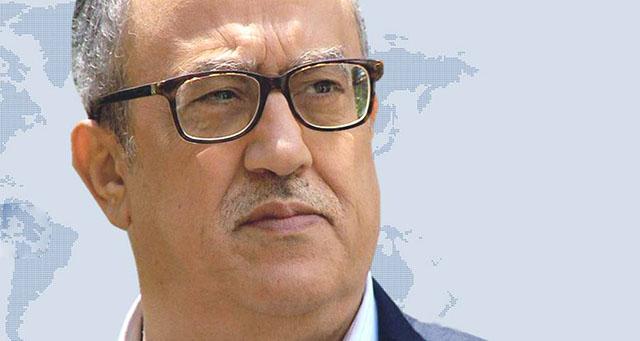 The Committee to Protect Journalists condemns today’sassassination of controversial Jordanian writer, Nahed Hattar, outside an Amman court, where he was facing charges of “insulting religion” in connection with a cartoon he shared on Facebook, according to news reports. Relatives at the scene apprehended his killer, the reports said.

Jordanian officials last month toldCPJ that they had detained the journalist–who was taken into custody August 13 after he shared a cartoon depicting a bearded man in bed with two women in heaven, ordering God to serve him wine and food–for his own protection.

Following Hattar’s arrest, a public prosecutor issued a gag order on reporting on the case. Hattar was released on bail in early September, but afforded no protection by the government, despite threats to his life, news reports said.

“Nahed Hattar’s killing is a direct result of lack of commitment to freedom of expression by Jordanian authorities,” said Sherif Mansour, CPJ’s program coordinator for the Middle East and North Africa. “We call on the government to bring the killer to justice and to change its approach to freedom of the press to foster openness and protection for critical voices.”

While the gunman has not been identified, some social media accounts of conservatives in Jordan and elsewhere celebrated Hattar’s death and said he deserved it for blasphemy, Al-Jazeera reported.

On a mission to Jordan in August, CPJ found overt censorship by Jordanian authorities as well as self-censorship by journalists fearing reprisal for their work. Officials defended the role of the government as an arbitrator of public debate at a time when the country is facing challenges, including the fight against terrorism and a flood of refugees arriving from neighbouring countries.