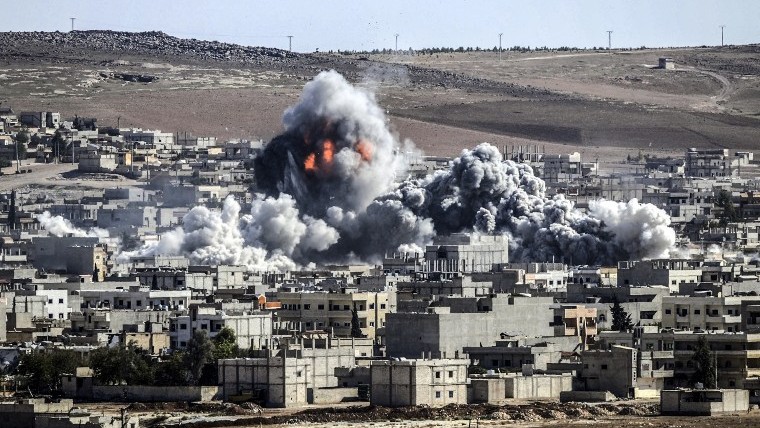 Series of blasts hit Syrian government areas and a Kurdish region on Monday, killing 47 people, a monitoring group said, as the U.S. and Russia failed to agree on a way to end the violence.

“The blasts hit government-held Tartous, as well as Homs, an area west of the capital Damascus and al-Hassakeh, which is mostly controlled by Kurdish forces,’’ the Britain-based Syrian Observatory for Human Rights said.

In the worst attack, at least 35 people were killed and 40 others wounded in a double bombing just outside the coastal city of Tartous, a stronghold of President Bashar al-Assad’s government.

The first was a car bomb and the second was reportedly carried out by suicide bomber who detonated an explosive belt when people gathered to help the wounded.

Tartous is home to many Syrian refugees who have fled from other government-held areas.

It was hit in May by several explosions that killed more 100 people.

Shortly after the Tartous bombings, at least four people were killed when a car bomb exploded at the entrance of the al-Zahraa neighbourhood in the central Homs province.

The residents of the al-Zahraa neighbourhood are mostly Alawite, the same sect as al-Assad.

Syrian television aired footage of the aftermath of the blast, showing rubble covering the streets and smoke rising from burning vehicles.

The observatory said that a bomb attack also targeted a Syrian army checkpoint in the al-Sabura area west of the capital Damascus, killing three people.

The observers said that a further explosion hit al-Hassakeh, in the north-east of Syria, targeting a Kurdish area and killing at least five people.

State media put the number of deaths in al-Hassakeh bombing at eight.

The head of the observatory, Rami Abdel Rahman, said that the blast in al-Hassakeh hit a checkpoint belonging to the Kurdish Asayesh security forces.

“Those attacks are simultaneous and are definitely coordinated,” he said.

No groups have yet claimed responsibility for the attacks. But al-Hassakeh in particular has been targeted by Islamic State bombings before.

As the violence continued in Syria, signs of possible progress between the U.S. and Russia on a Syrian ceasefire deal came to nothing after talks between the countries leaders and top diplomats stalled.

The leaders told their top diplomats to continue trying to reach an agreement amid “technical” issues having to do with implementation of the agreement.

Kerry told reporters after talks with Lavrov that there were still “a couple of tough issues” to work out and that efforts would continue to “see whether or not it is possible to bridge the gap.”