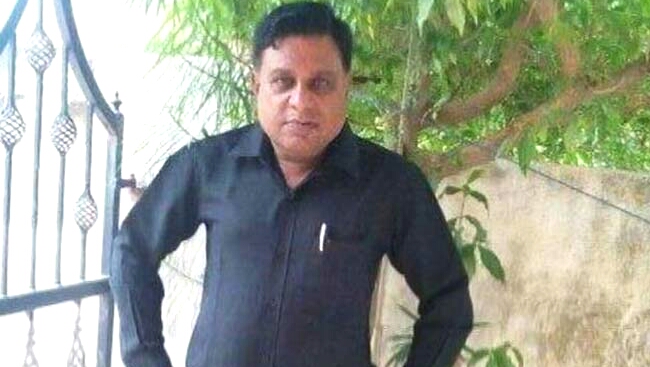 Authorities in the Indian state of Gujarat should credibly investigate the murder of journalist Kishore Dave and swiftly bring those responsible to justice, the Committee to Protect Journalists said today.

Mr. Dave, Junagadh bureau chief for the regional daily Jai Hind, was found dead in his office on August 22, according to press reports.

Police told The Times of India that he had been stabbed repeatedly in the chest at around 9 p.m. Press reports said his news assistant informed police of the attack.

Mr. Suraj, who has ties to the ruling Bharatiya Janata Party (BJP), denied the family’s accusations, including allegations his son was the perpetrator of the attack, according to news reports.

A police official cited in local reports said that “personal enmity” may have motivated the attack.

Police Inspector M M Makwana said Mr. Dave was involved in a transport business with the accused and that Dave was murdered in a dispute over money, the reports said.

Mr. Makwana, the police inspector, told reporters the three suspects were apprehended based on CCTV footage that captured them riding motorcycles near Mr. Dave’s office around the time of the crime.

Reports said there were no surveillance cameras in Mr. Dave’s office.

The broadcaster NDTV, citing senior police officer Nilesh Jajadiya, reported that the three had confessed to the crime, and that they had burnt Mr. Dave’s blood-soaked clothes.

Police also said they had recovered pieces of Mr. Dave’s broken mobile phone from the accused. CPJ was unable to confirm that the suspects had confessed to the crime.

“While we are encouraged by the initial swift arrest of suspects in the murder of Kishore Dave, we encourage police to consider his journalistic work as a possible motive, and remind authorities that justice will not be served until all those involved are convicted,” said Shawn Crispin, CPJ’s senior Southeast Asia representative.

Few of those who attack or kill journalists in India are brought to justice, according to CPJ research. Of the 11 murders of journalists CPJ has confirmed as work-related in the last decade in India, all have been carried out with complete impunity.