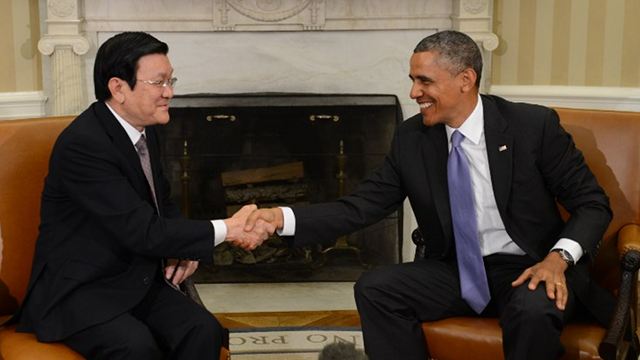 The Committee to Protect Journalists condemned the censorship and called on Vietnam to stop harassing journalists.

Jonathan Head, a Bangkok-based roving BBC correspondent, reported today that Vietnamese authorities had withdrawn his reporting team’s accreditation and ordered them to cease reporting from the country.

The BBC World News TV service is relayed with about a 10-minute delay in Vietnam, and on Monday a report from Head was blocked for about 10 seconds, while a notice on screen said the program had been temporarily suspended, Reuters reported.

Head told CPJ in an email that authorities suspected the BBC team had met with one of the country’s most prominent dissidents, Nguyen Quang A, who was detained twice last year and was barred this year from running as an independent candidate for the National Assembly.

The BBC team denied having met with the dissident, according to Head, but later on Saturday received an email and a phone call informing them their permission to report in the country had been withdrawn. The BBC has since been banned from attending or reporting on any of Obama’s official events during his visit, according to Head.

“Vietnam’s harassment of the BBC on such a high-profile occasion shows just how blasé authorities have become about censorship,” said Shawn Crispin, CPJ’s senior Southeast Asia representative. “During the remainder of his visit, President Obama should make clear to his hosts that the obstruction of journalists will have significant repercussions for bilateral relations.”

BBC’s Vietnamese language service, which regularly reports on rights abuses in Vietnam, is blocked inside the country, according to news reports.

In July, authorities refused to credential a BBC correspondent to report on British Prime Minister David Cameron’s visit to the country, a current and a former BBC staffer told CPJ, speaking on condition of anonymity because they were not authorized to discuss the matter publicly.

In a letter sent before his visit, CPJ asked Obama to predicate closer ties with Vietnam on greater respect for press freedom. On Monday the U.S. president announced that the U.S. would lift an embargo on sales of lethal arms to Vietnam.