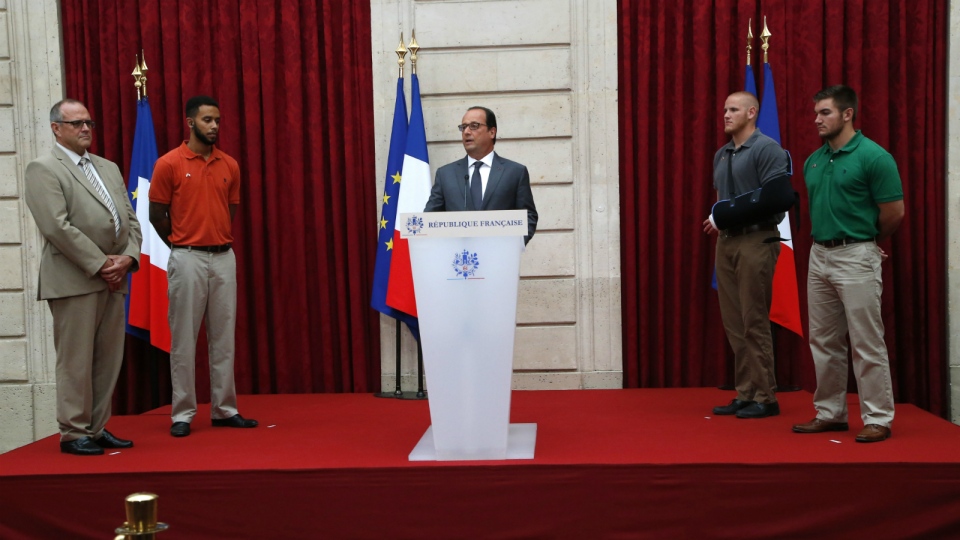 French President, Francois Hollande, presented on Monday the country’s highest decoration to four men credited with thwarting an attack on a Paris-bound train, saying that they had prevented “a massacre”.

American friends Spencer Stone, Alek Skarlatos, Anthony Sadler and a British man, Chris Norman, were received at the Elysee Palace and decorated with the Legion of Honour.

Mr. Hollande hailed the four’s “incredible act of humanity,” in jumping into action Friday evening when they saw a Kalashnikov-toting man on a high-speed train traveling from Amsterdam to Paris.

The man, who also had nine magazines and an automatic pistol, was tackled initially by Stone and held until the train reached the next station and he was turned over to police.

He is in custody.

The three Americans, childhood friends on holiday in Europe in their early twenties, wore polo shirts and khakis at the ceremony.

Stone and Skarlatos, who reached the gunman first, are both members of the U.S. military who were in civilian clothes during the attack.