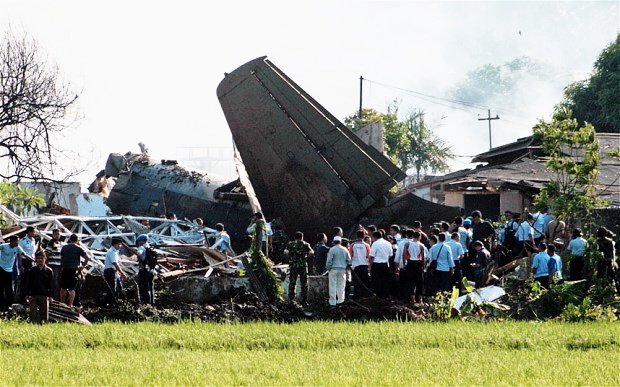 Officials confirmed on Wednesday that there were already 142 body bags at the site of the Indonesian military plane crash in North Sumatra capital, Medan.

Report says as the body bags may contain only parts of the bodies, it was yet unclear exactly how many bodies have been recovered.

Earlier, local media reports quoted police officials as saying that 141 bodies were recovered from the crash.

The ill-fated C-130 Hercules plane crashed into the downtown of Medan midday Tuesday shortly after takeoff.

The Indonesian military said there were 122 people aboard the plane, revising their earlier statement that 113 people were on board.

Saragih said the bodies would be handed over by Disaster Victim Identification (DVI) for onward release to their families .

Some of the identified bodies of victims would be transferred to airports where they initially boarded the ill-fated flight.