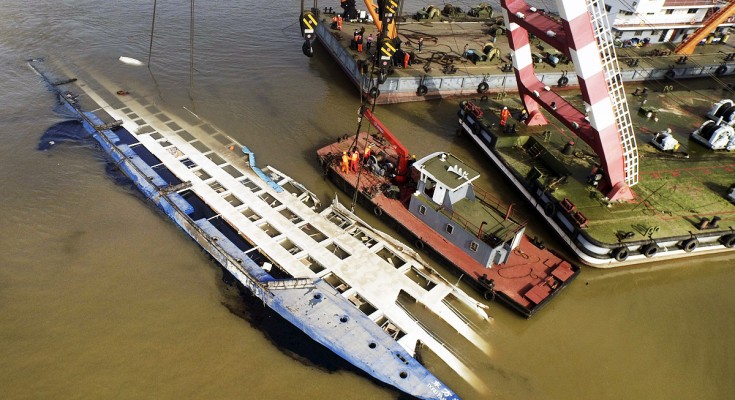 Rescuers have recovered most of the bodies of those who perished after a cruise ship sank in the Yangtze River, Chinese local media reported Saturday.

The boat was hoisted and drained before rescuers continued the search for bodies inside, according the report.

Fourteen people were rescued shortly after the accident. Hopes of finding more people alive have since faded, leaving a likely total death toll of 442.

The Eastern Star was carrying 456 people on a river cruise from Nanjing in eastern China to the south-western city of Chongqing when it sank in Jianli, of Hubei province.

The captain, who survived the sinking along with the chief engineer, said the ship sank in a matter of seconds, but his account has not been verified.