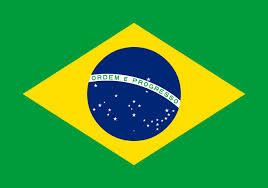 ​Air passengers from the three West African countries hardest hit by Ebola will be screened at Brazilian airports.

The Health Minister, Arthur Chioro, disclosed this to journalists in Brasilia on Saturday.

“The passengers from Guinea, Liberia and Sierra Leone must undergo a body temperature check and claim their health status at airports,” he said.

“They will also be given a pamphlet with information on the symptoms of Ebola virus and where to seek medical attention in Brazil in case they come up with any signs of the disease. The measures are already in place at Brazil’s busiest airport – Guarulhos, in Sao Paulo. As there are no direct flights to Brazil from West Africa, the risk of an Ebola disease outbreak in the South American nation is extremely low.”

He dismissed the possibility of implementing stricter controls, such as travel bans, to the affected countries or bans on passengers from those countries.

However, there have been two suspected cases of Ebola in Brazil, but both tested negative.

My concert will correct misconceptions about Fuji music- Kwam 1