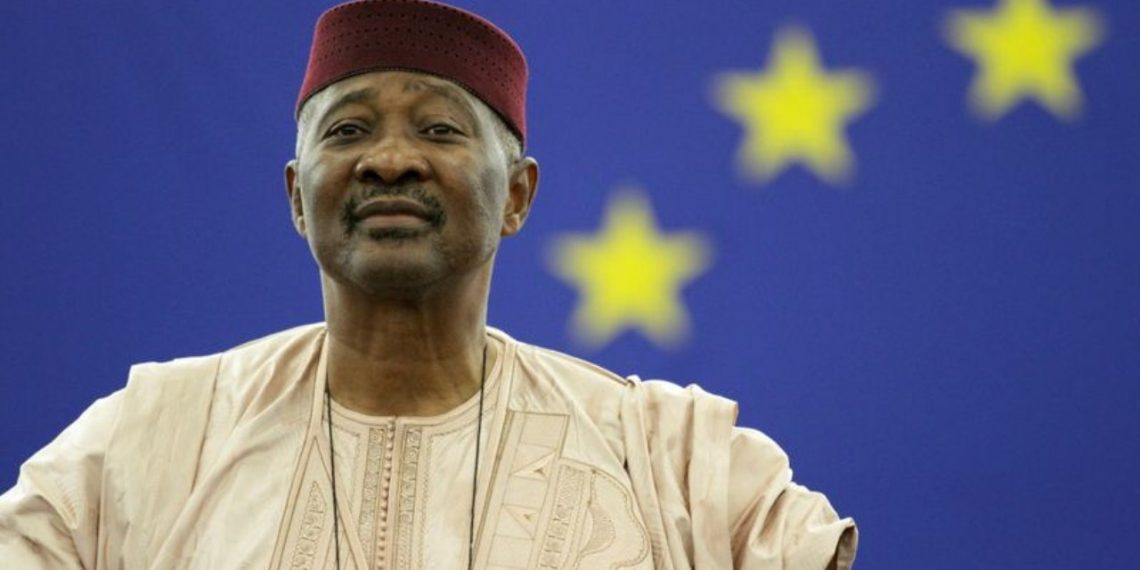 Mr Toure died earlier in the week, at the age of 72.

President Muhammadu Buhari has sent condolences to the government and people of the Republic of Mali over the passing of their former President, Amadou Toumani Toure.

The President, in a press statement made available to PREMIUM TIMES, commiserated with family of the departed Malian leader, “whose ten-year reign in the country contributed to the strengthening of political institutions, and measure of stability, starting with his presiding over a peaceful transition in the country as a military leader.

“President Buhari joins world leaders, particularly those from ECOWAS, in mourning the former President, whose wisdom and foresight also impacted greatly on the West Coast, as he always advocated dialogue over conflict, and believed strongly in the African voice.

“The President prays for the repose of the soul of the former Malian leader,” the statement, signed by the Senior Special Assistant to the President on Media and Publicity, Garba Shehu, on Wednesday, highlighted.

Also, former President Goodluck Jonathan has commiserated with the Government and people of Mali on Mr Touré’s death.

In a condolence message, the former president described Mr Toure as a renowned Malian statesman who contributed significantly to the development of his country.

Mr Jonathan who is the Special Envoy of the Economic Community of West African States (ECOWAS) to the Republic of Mali also noted that the late President supported the mediation efforts of the sub-regional body towards resolving political crises in Mali.

“President Toure was a renowned Malian statesman who made significant contributions to governance by working assiduously for the development of his country and the sub-region.

“Long after he left office, Malians and other West Africans had continued to hold him in high esteem because of the way he distinguished himself in the leadership of his country, both as a military helmsman and elected President.

“As a committed patriot, he made enormous sacrifices towards promoting democracy and restoring peace and stability in Mali, especially at different periods when the country faced challenging times.

“I recall his reassuring wise counsel and calm disposition in the course of different peace building missions, especially in 2012 and 2020 when ECOWAS-led mediation and negotiations successfully resolved lingering socio-political crises and restored normalcy in Mali.

“The late former President will be greatly missed across the continent because of his commitment to peaceful diplomacy, democratic reforms, and socio-political stability.”