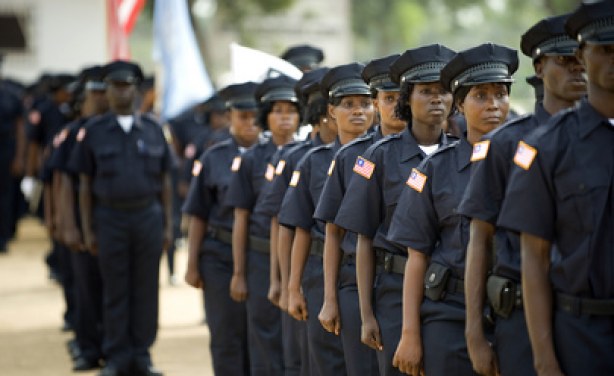 Liberian authorities should drop the police investigation into journalist Kaluba Akoi’s work and allow him to cover the news freely, the Committee to Protect Journalists said on Thursday.

The CPJ said on February 28, the police in Voinjama, the capital of northern Liberia’s Lofa County, summoned Mr Akoi, a reporter with the Kintoma Radio FM broadcaster and a freelance journalist, and arrested him when he arrived at the police station, according to a statement by the Liberia Press Union, a local trade advocacy group, and the journalist, who reportedly spoke with CPJ via phone and messaging app.

“He was held for four hours before police released him, saying that they would summon him again, Akoi said. He told CPJ that police hit him against a wall and dragged him by his trousers during the arrest,” CPJ said in a statement sent to PREMIUM TIMES.

As of March 11, Mr Akoi had not received a second summons, he also told CPJ.

“Kaluba Akoi should never have been arrested or detained, and the ongoing investigation into his work should be dropped,” said Angela Quintal, CPJ’s Africa program coordinator, in New York.

“Authorities intimidating and harassing journalists for reporting on matters of public interest is inconsistent with Liberia’s basic standards of press freedom.”

Mr Akoi has over 1,300 followers on his Facebook page, where he posts reporting and commentary on local news.

In one post about Ngaima in December and another in January, Mr Akoi alleged that the college president had overseen the misuse of funds, and posted images of financial transaction records.

Mr Reeves told CPJ that police had yet to provide a physical copy of the complaint, but said officers told him they intended to prosecute Mr Akoi if their investigation uncovers any lawbreaking.

Criminal malevolence is no longer part of the Liberian penal code following reforms in February 2019, but criminal conspiracy and the illegal disclosure of official documents each carry penalties of up to three months in detention and fines to be set by a court, according to Mr Reeves.

Mr Ngaima reportedly told CPJ over the phone that he could not comment on the case because it was under police investigation.

The Liberian case is not an isolated one. Attacks on journalists in the course of doing their work are commonplace in many African nations.

PREMIUM TIMES recently reported how attacks on the press had worsened in Nigeria in recent years saying that it is perhaps not the best of times to be a journalist or civil rights activist going by the spate of attacks on freedom of the press and speech.

The report said while attacks on Nigerian journalists were no longer new, they appear to have taken a turn for concern in recent months.

An analysis by www.pressattack.ng, published by the Coalition for Whistleblowers Protection and Press Freedom, shows that 352 total cases of attacks and harassments on journalists have been recorded from 1985 till date.

The year 2018 was initially recorded by the analysis to have witnessed the highest number of attacks (58). But the group’s latest release shows that 2019 surpassed that record with at least 61 attacks.