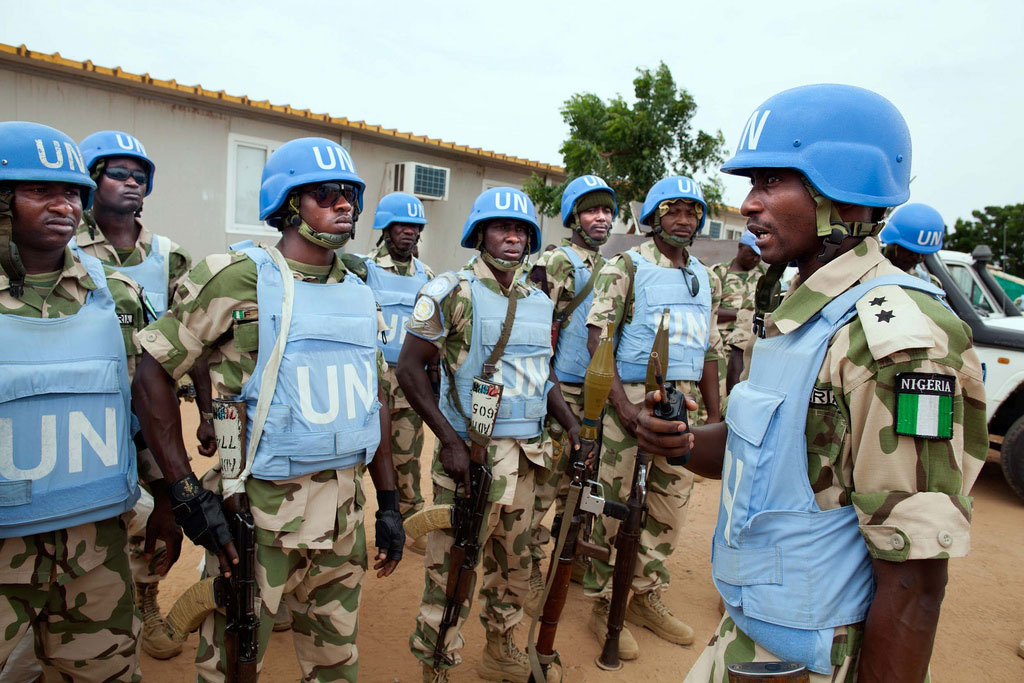 The Special Representative of the Secretary-General, SRSG, and Head of the United Nations Mission in Liberia, UNMIL, Farid Zarif, praised Nigerian peacekeepers for their long service in the country, during an interview with the UN’s Department of Public Information in New York last week.

According to SRSG Zarif, UNMIL’s mandate will conclude on March 30, 2018. The mission, that once had more than 16,000 military and police personnel, has been downsizing for several years and now deploys slightly more than 700 uniformed personnel. Last year it transferred all security responsibilities to the Government of Liberia.

“Our last military contingent is that from Nigeria, NICOY, and we are now planning to have it repatriated by the end of January. Because of the lost timelines in the elections, we had to postpone their departure by a month,” Mr. Zarif said.

Nigeria also continues to provide a Formed Police Unit, as does China. The only other peacekeeping contingents that now remain are a Ukrainian Aviation Unit and a Pakistani Medical Unit who are supporting the UN presence.

SRSG Zarif expressed a special “thank you” to Nigeria, while expressing gratitude for all the contributors to the peace operations in Liberia. “The Nigerians have always been in the forefront of the effort to come to the assistance of Liberia, even without the UN at the time of ECOMOG (Economic Community of West African States Monitoring Group) prior to the UN’s deployment, they were there as one of the largest contingents. So, I think not only we as the United Nations but also the people and Government of Liberia are very grateful for the support and assistance that they have received from Nigeria,” said SRSG Zarif.

He added that “solidarity of such an international nature requires sacrifice: you leave your home behind, you leave your family behind, you go to a foreign land that you’ve barely known about to help others who are in distress temporarily. Coming to the aid of another nation is a matter of pride for them. In fact, when they receive the medals of appreciation from the United Nations, you see that glimmer of pride in their eyes; feeling very, very honoured to have been part of the international effort to support a nation in distress. So, what is achieved by the Liberians is also seen as a success in the efforts of all the troop and police contributors. We are very, very grateful to them.”

Liberia is scheduled to hold a delayed presidential run-off vote on December 26 and “hopefully we will meet the timeline for the transition of Government sometime in January,” said SRSG Zarif.

Mr. Zarif said he is absolutely confident that UNMIL’s deployment was a worthy investment but that there is a whole lot that needs to be done in the future. “That’s why we are calling for the continued robust engagement of the international community after the withdrawal of UNMIL and its peacekeepers,” SRSG Zarif concluded.