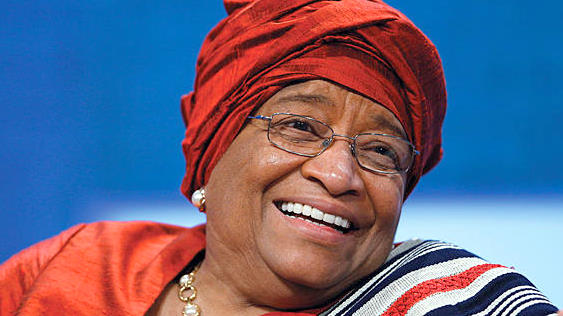 The Liberia National Elections Commission (NEC) has described Tuesday’s general elections in the country as successful, save for pockets of incidents that arose from confusion on the part of voters.

Addressing newsmen at the commission’s headquarters in Monrovia, the Chairman of the commission, Jerome Kokoya, said no major incidents of disturbances had been reported as of the time of the briefing at 3:40 p.m.

He also described voter turnout as “very high’’ citing preliminary reports from the field. However, he did not immediately quantify it.

“The commission is pleased to report that majority of polling places opened on time and within a short period of scheduled opening,” he said.

“No major incidents of disturbances have been reported so far. Reports from the fields suggest, however, that everything is generally calm and going on according to plans.

“The police and other security services are at polling precincts, and the NEC continues to work closely with the leadership of the national police to ensure safe environment for the elections.’’

A News Agency of Nigeria (NAN) correspondent covering the elections reports that there were complaints of voters not finding their names on the register in some polling stations.

In other places, voting materials reportedly arrived late, and some voters were directed to other voting points different from where they registered for the elections, leaving many frustrated.
“There have been some reports that some voters have not been able to be located on the printed voter register.

“There is nothing absolutely wrong with the voter register, and there are a couple of reasons for these incidents.

“One of the issues was caused by voters joining the queue without consulting the queue controller, and going straight to the polling place without checking whether they are in the right place in a polling precinct.

“The second issue was that in cases where the voter registered twice, these individuals were registered in the last place of registration in line with our policy.

“You will not be at the original place if you fall in such category.’’

The NEC chairman said in places where materials arrived late, voters would be compensated with more time, beyond the official 6 p.m. closing time for voting.

He advised voters to first see the queue coordinators before joining the lines, saying that voters on queue before 6 p.m. would be allowed to vote.

France, allies to pull troops out of Mali