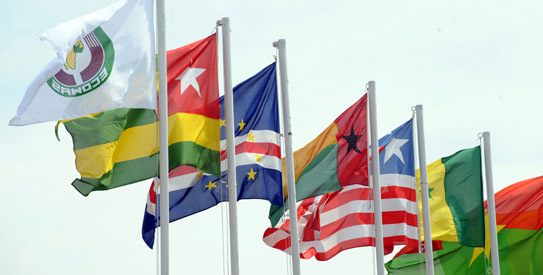 Tchambakou Ayassor, the Commissioner for Agriculture, Environment and Water Resource for ECOWAS, disclosed this in Abuja on Tuesday in an interview with the News Agency of Nigeria, NAN.

Mr. Ayossor said that the WAAPP has been in line with ECOWAS aims at improving agricultural productivity and increase the food security in the regions.

“ECOWAS adopted the agricultural policy since 2005 and several programmes had been taken up to implement those policies in the area of agricultural productivity.

“We are promising that the whole policy should continue in working on the progress of agricultural efficiency, food security and productivity.

“The ECOWAS will stick to its objectives of making agriculture more productive and nourishing to its population in all aspects of food security for the region,” he said.

He added that the WAAPP wrap up meeting in Abuja was to share lessons learnt among participating countries and outcomes of the meeting would benefit citizens in the region.

Mr. Ayassor urged all policy makers and major stakeholders to actively participate at the meeting to make it bear the desired fruit that would assist in second phase of WAAPP.

Shehu Salau, the World Bank representative, said the bank`s Vice-President for Africa had promised to give priority to agriculture which, according to him, the economy of Africa relies largely on agriculture.

“The bank is ready to continue to push investment to support the government in other to make food sufficient for all citizens and to meet international standards.

“We will continue to work with WAAPP and other programmes to increase agricultural productivity, food security as well as reducing poverty within the sub-region, “ he said.

Salau said the bank had funded WAAPP Nigeria with $400 million to make agriculture a mainstay of the country`s economy and support the livelihood of individuals.

“We have an engagement to scale up the support on agricultural productivity. For instance, $200 million was allocated to staple crop processing project and $200 million to livestock project,” he said.