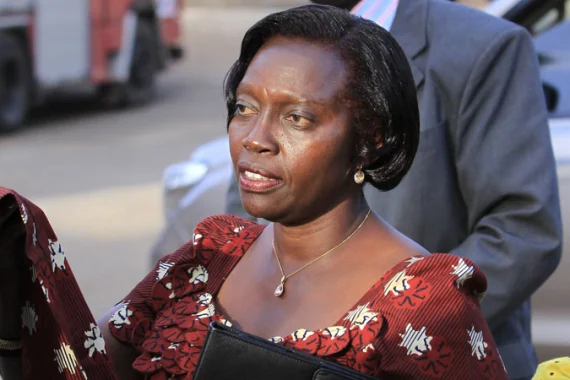 Martha Karua, the running mate to Raila Odinga in the just concluded Kenyan presidential election, has hinted that they will challenge the election result.

A few moments after the chairperson of the Independent Electoral and Boundaries Commission (IEBC) announced Vice President William Ruto as the winner of the 9 August polls, Ms Karua tweeted, “It is not over till it is over.”

She also retweeted a video of the four electoral commissioners who described the IEBC’s verification process as opaque.

PREMIUM TIMES earlier reported that four of the seven members of the IEBC, including its vice chairperson, refused to authenticate the result.

The Odinga camp had also alleged rigging of votes before the results were announced Monday afternoon.

As of the time of this report, Mr Odinga has yet to formally comment on the results or congratulate Mr Ruto.

According to the chairperson of the electoral commission, Mr Ruto polled 50.49 per cent (7,176,141) of the total votes cast to defeat his closest challenger, ex-Prime Minister Raila Odinga who polled 48.85 per cent ( 6,942,930) of votes cast. Mr Ruto also achieved the minimum 25 per cent of votes in 39 counties.

There are fears of violence in Kenya based on the outcome of the keenly contested election. Securex Agencies Limited, an East African security company, tweeted that journalists were being attacked at Kibera. It also mentioned bonfires and crowds on the roads of Ruaka and Kangemi Bridge.

The Kenyan Judiciary has, however, tweeted guidelines on how to appeal the election results.