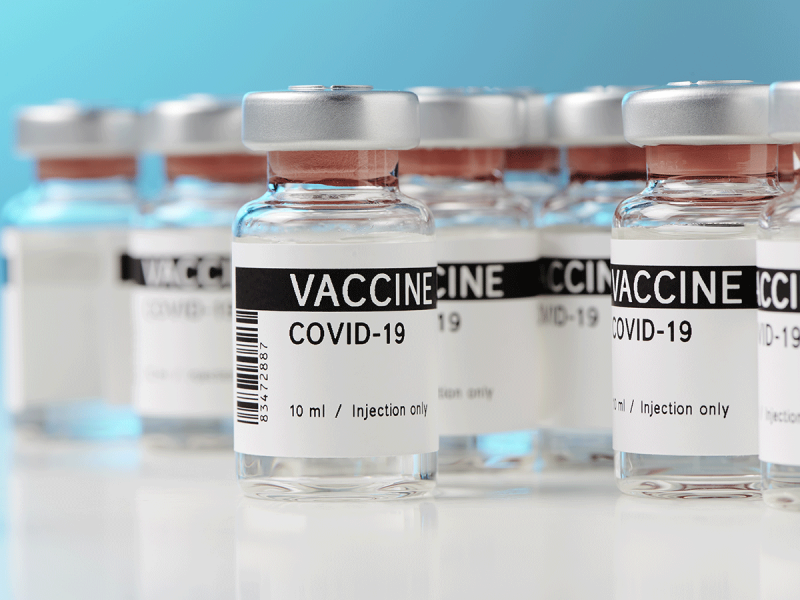 “South Africa is one of the three countries where the COVID-19 variant is slightly more infectious, and might be slightly more fatal."

Data from trials conducted on the effectiveness of several new vaccines against South Africa’s COVID-19 variants will be available before the end of the week.

Mr Gates said: “South Africa is one of the three countries where the COVID-19 variant is slightly more infectious, and might be slightly more fatal.

“What we think is that the vaccines will be only slightly less effective, but within two weeks, the data will be out.

“If there is a drop in effectiveness, even by 10 per cent, we’ll still need to use the vaccine, because it is still very effective.

“But then, we‘ll look at whether we need to add an additional thing to the vaccine so it covers the variants that have emerged, and we get the efficacy level back up closer to 100 per cent.

“So, we’re investing money in that right now. I’m talking to all the companies.

“It’s definitely bad news that these variants showed up, but we do expect that the vaccines will still have a pretty high level of efficacy, even before we make that new addition.”

On BMGF’s plan to ramp up supply of COVID-19 vaccines to African countries, Gates said that funds would be raised from the Gates Foundation and from rich countries to pay for the vaccines.

“So, the way GAVI has always worked is that for the countries with the low GDP per person, there’s almost no co-financing required.

“So, we raise money from the Gates Foundation and from rich countries, and they pay for the vaccines. The same thing will take place here with the Coronavirus vaccine.

“The GAVI money, which was difficult to raise when the U.S wasn’t involved, now we see a clear path to raise up to about 10 billion dollars, just for vaccine procurement, which should be enough to finance it for most of the GAVI-eligible developing countries,” he said.

Mr Gates expressed optimism that some factories in India which the foundation had assisted with finance, and have larger capacities than the factories in the West, would produce large number of doses of vaccines within the next few months.

“Well, the agreement we have with India is that those factories, at least half the capacity will be dedicated to going to supply, through GAVI, to Africa and other developing countries.

“Every day, of course, we’re trying to speed this up,” he said.

According to him, before the establishment of GAVI in 2000, the key vaccines required for saving millions of lives were not cheap enough for the poor countries, and the coverage levels were very low.

“And so GAVI deserves more visibility for what it did, funded by many governments and our foundation, to get diarrhoea vaccines and pneumonia vaccines into all the children in the world.

“The GAVI approach, where it buys the vaccines at the very lowest price with that donor money, has worked very well.

“That’s why deaths of children under five, since the year 2000, in the world at large, has been cut in half. It’s an even higher percentage if you just focus on Africa,” Mr Gates said.

According to him, partners are working on vaccine processes, but won’t want to speed them up, so as not to compromise safety for the factories or for the trials.

He said that there was a need to balance things as they push ahead.

Mr Gates said that the costs of the pandemic, not only the lives, but the economic, educational, and mental health impacts, were hard to quantify, saying they are gigantic.

“Fortunately, there is an end in sight. Through great scientific work, many vaccines are becoming available and so that means that over the course of this year, the numbers will start to go down.

“And certainly by sometime next year, I believe we’ll be able to say that we’re largely back to normal,” he said.

Africa’s response to the pandemic

Mr Gates noted that the response to the pandemic had been a huge public health effort, with some countries demonstrating best practices, including many in Africa.

Mr Gates said that the goal of BMGF was to get back on the previous path of progress, and to achieve the Sustainable Development Goals.

He said that the foundation’s aspiration was for everyone to have a healthy and productive life.

“There are some huge challenges in getting the tools out to the entire world.

“There is some inequality in the distribution, and that’s where the foundation has put a lot of its resources.

“Trying to get vaccine manufacturers all throughout the globe, to be able to make these vaccines, and make sure that, particularly for those being made in Asia, that they’re available broadly to all countries.

“There’s a lot to be done in terms of still getting these vaccines out,” he said.

Gates advised that the world should ensure it takes the lessons from this pandemic to prepare for the future ones.

He added that efforts should be intensified to allocate more resources to the public health, noting Africa learnt a lot in its fight against Ebola and Polio diseases.

“A lot of resources and infrastructure that was developed for those have been helpful in COVID-19, and it just points out that we need to invest in more of those, even for the times when there’s no pandemic,” he said.

The philanthropist said that BMGF’s commitment to health issues was stronger than ever, and the foundation was proud to have been able to play a role in responding to the pandemic.

Pinnick gets clearance to vie for seat in FIFA Council