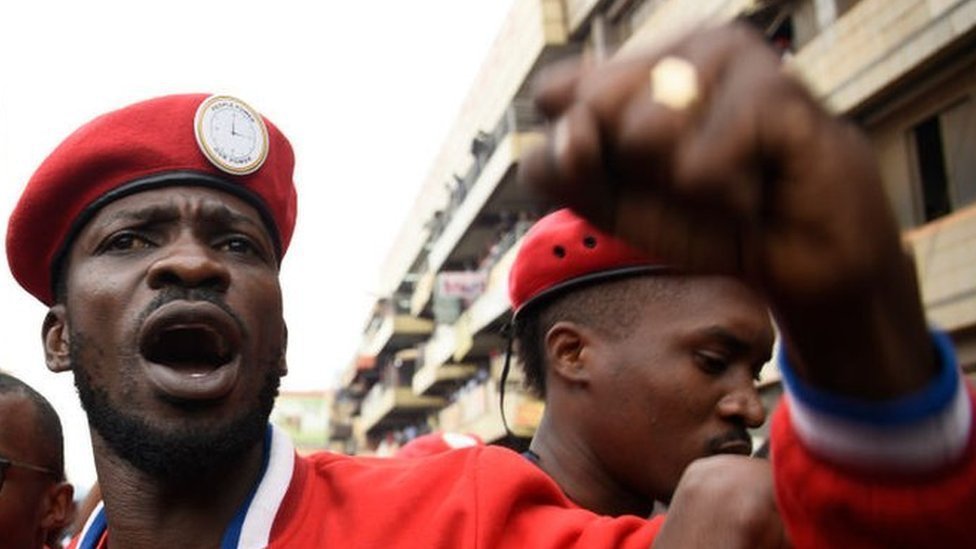 “The ruling was made today that the security forces being at Bobi Wine’s place was unlawful,” Justice Ministry spokesman Solomon Muita said.

Uganda’s High Court on Monday ruled that the continued deployment of the police and military around the home of opposition leader Robert Kyagulanyi, a.k.a Bobi Wine, is illegal, a judicial spokesperson said.

“The ruling was made today that the security forces being at Bobi Wine’s place was unlawful,” Justice Ministry spokesperson Solomon Muita said.

“I am yet to get details of the ruling but the judge ordered that the security forces need to leave his premises immediately.”

It was not immediately clear whether the security forces had indeed departed from Wine’s home.

Wine , who came second in the just-concluded January 14 elections, has since the end of voting been under de facto house arrest with security troops surrounding his home.

His lawyers filed a petition against the continued siege by heavily armed troops of the youthful politician’s upmarket home, which sits on 0.8 hectares of land north of Kampala.

The campaigns ahead of the elections in the East African state were marred by violence, with security forces breaking up each rally being addressed by Wine and other opposition leaders.

An unknown number of people were killed, injured or arrested, but there were no recorded serious violent incidents during and after the elections.