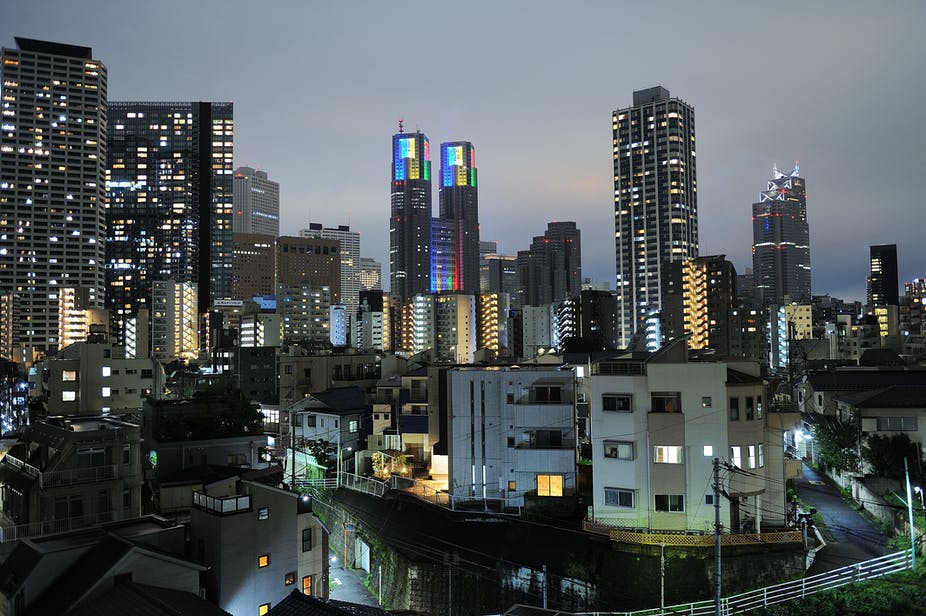 East Asian countries have looked up to Japan as a model of success.

What drove Asia’s economic success stories, and what should Africa emulate?

Mills Soko, University of the Witwatersrand

The remarkable economic transformation of Asia in recent decades has attracted global attention. It has ignited scholarly and policy debates about the region’s development models and strategies.

African policymakers have not been immune to the worldwide fascination with the “Asian miracle”. African leaders and officials have these past few years undertaken a constant stream of study visits to countries such as China, Singapore, South Korea and Vietnam.

What lessons can African countries glean from Asia’s successes and failures? And how can they emulate those successes and avoid the mistakes made by their Asian peers? These are the two key questions the book The Asian Aspiration – Why and How Africa Should Emulate Asia seeks to answer. Co-authored by Greg Mills, Olusegun Obasanjo, Hailemariam Desalegn and Emily van der Merwe, the book is divided into two parts.

The first part showcases the “growth stories” of 10 East Asian and South-East Asian countries. They are Japan, Taiwan, Singapore, South Korea, the Philippines, Malaysia, Indonesia, Thailand, China and Vietnam. It analyses the developmental paths of these countries, pointing out what they did well to power their rise as well as their policy missteps. The second section discusses five lessons for success from Asia and illuminates these with comparative examples from both Asia and Africa.

The book notes the differences between Asia and Africa, and the importance of differentiation. But it concludes by asking what Lee Kuan Yew might have done had he found himself at the helm of Africa. Lee was the formidable statesman who presided over the change in Singapore’s fortunes from 1959 to 1990.

Not a miracle, but deliberate steps

The book identifies some parallels between Africa and East Asia. These include a colonial heritage, a complex make-up of ethnic groups as well as human and institutional under-development.

The book also draws attention to differences between the two. These are rooted in how the political economy of Africa evolved after independence. This was typified by clientelism,

the management of elite access and preferences in exchange for support, leading to ‘rent-seeking’ – the creation of wealth not by investment but by the connections of organised groups.

In contrast, the East Asian development tale has been defined by the unity of purpose among leaders in several countries. It has also been characterised by the deliberate use of institutional and constitutional means to broaden opportunities beyond a tiny elite. This does not suggest that these countries were insulated from or spared the ills of poor governance. The experiences of Indonesia and the Philippines, for example, demonstrate the baleful influence of corruption, cronyism, fragile institutions and populism on governance.

The authors emphasise the importance of differentiating between – and within – the East Asian countries, based on factors such as language, religion, economic wealth, governance systems and urban-rural divides. They argue, using 10 case studies, that the phenomenal changes that have taken place in East Asia are not the product of a “miracle”. They are the result of calculated policy actions.

They identify the vital principles of leadership, the policy choices and trade-offs that need to be made, and the policy execution that is required.

The case of Japan

East Asian countries have looked up to Japan as a model of success. Japan represents the power of example and innovation. The country’s industrialisation process borrowed from a mixture of American, British and German industrialisation models.

Japan’s technocracy, led by the Ministry of International Trade and Industry (MITI), played a key part in the country’s extraordinary rise in the post-war period. At the heart of the country’s development was strong collaboration between government and business, facilitated and guided by MITI.

This government-business prototype was later copied by Taiwan and South Korea.

Taiwan’s success can be attributed to its ability to modernise its economy through macro-economic stability, careful planning and institutionalisation. For its part, South Korea managed to accomplish a transition from an agrarian to high-tech society. In both countries, the business sector was central to industrialisation efforts.

In the case of China, the authors acknowledge the impressive strides the country has made. But they argue that its development experience does not offer a flawless model for African governance. This might disappoint several African policymakers who are enamoured with China’s development model.

Singapore’s success is venerated across Africa. The city-state used the crisis arising from its separation from the Malaysian Federation in 1965 to focus relentlessly on national growth and development.

Singapore epitomises the pinnacle of technocratic rule. Its success rests on expert rule, focus on meritocratic talent and long-range thinking. Leadership performance is non-negotiable. As a Singaporean scholar interviewed for the book stated:

The reality is that East Asian leaders need to perform, even in an authoritarian setting, as their legitimacy and tenure is due to their successful growth performance, even in the absence of free and fair elections.

Like Singapore, South Korea had an authoritarian leader in Park Chung-hee.

But the authors caution against the focus on authoritarianism as the reason for these countries’ rapid growth and transformation. They cite other key success factors, including a meritocratic civil service, an adroitness at fusing the political and expert components of the governing system, and policy pragmatism.

These countries also place a great deal of store on hard work, discipline, education, innovation, incentivisation and growth. These experiences have been absorbed and replicated by other countries across the region, Vietnam being an example.

The book outlines five lessons for Africa from Asia’s success. These are encapsulated under the headings:

This meticulously researched, well-written and solution-oriented book is a call for action. It exhorts African leaders and other actors to shun parochial mindsets and ideological dogma, and to enact policies that prioritise the collective interests of their nations. It does not confine itself to providing a diagnosis of the problems afflicting Africa. It also offers well-considered and tested ideas on how the continent can overcome them.

The book was published before the outbreak of the coronavirus global pandemic, which has wrought significant social and economic damage across the world, including Africa. This makes its message even more relevant and urgent, given the pressing need for African countries to implement institutional and policy reforms to counter the effects of the pandemic.

Asia has extricated a billion people out of poverty in a single generation through inclusive and sustainable growth policies. As the authors note, Africa is neither a continent of chronic hopelessness nor one of unbridled optimism. With the right leadership, mindset and policies African countries can achieve, even exceed, the astonishing successes recorded by their Asian counterparts.

They cannot duplicate the Asian development path, but they can learn from their peers’ experiences, avoid their mistakes and replicate their successes.