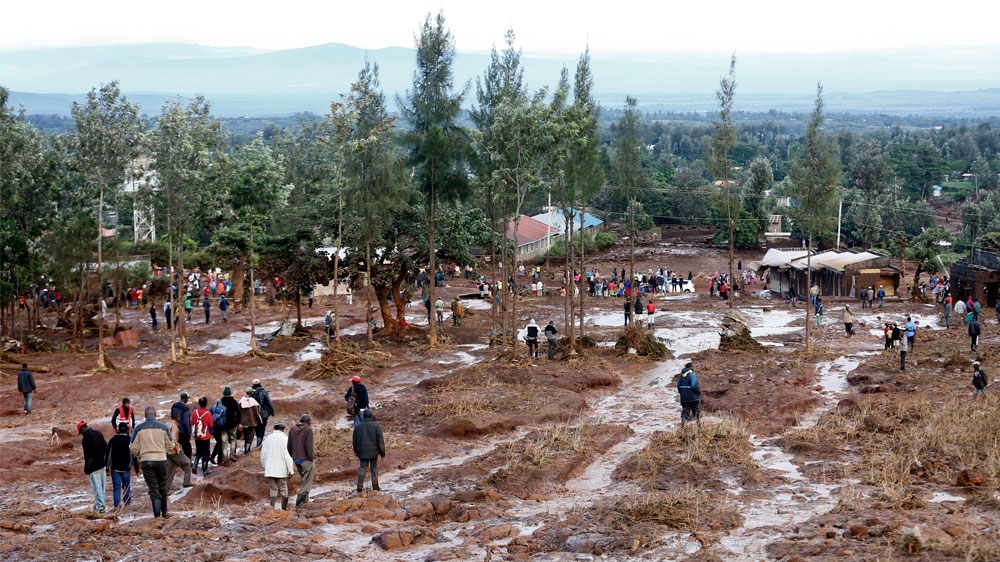 At least 24 people killed by landslides, floods in Kenya

Landslides and floods caused by torrential rains have killed at least 24 people in Kenya, officials said on Saturday.

A family of seven people was swept away by floods in another part of the county, Okello said.

An undisclosed number of people were missing on Saturday, while infrastructure including roads and bridges had been damaged, according to Emmanuel Ameme, a coordinator for the National Government Affirmative Action Fund.

READ ALSO: Why some presidential aides were sacked — Buhari

“The rivers are swelling again, so the damage might even be worse,” Okello told dpa.