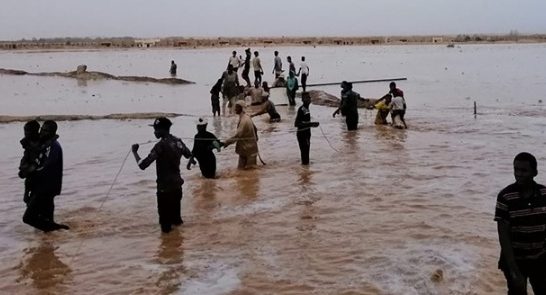 Libya’s internationally recognised government has declared the region of Ghat in the south-western part of the country a disaster zone due to severe floods, the official LANA news agency reported on Thursday.

According to the United Nations, in the past few days, Ghat, near the border with Algeria has experienced torrential rains that claimed four lives and displaced around 2,500 people.

The UN-backed government, based in the capital Tripoli, said in a statement carried by LANA that all necessary measures would be taken to address the situation.

The government called on its institutions to provide “urgent and exceptional’’ assistance to the region, located about 1,300 kilometres south-west of Tripoli.

According to the UN Libya Office for the Coordination of Humanitarian Affairs (OCHA), the rainfall, which started on May 28 in Ghat, severely damaged roads, telecommunications, houses and farmland vital for livelihoods.

The agency said the region was in need of food and healthcare aid.

Libya has descended into chaos since the 2011 revolt that toppled long-time dictator, Muammer Gaddafi.

The oil-rich country is wracked by a conflict involving no less than two competing governments: one in Tripoli and backed by the UN; and the other based in the eastern city of Tobruk.

For over two months, Libya’s eastern forces, commanded by military strongman Khalifa Haftar, have been locked in battles with rivals linked to the Tripoli government over the control of the capital.

The fighting has displaced thousands of civilians on the edges of Tripoli.

INTERVIEW: Why Vice President Osinbajo, Abacha family are after me – Ex-Minister Adoke