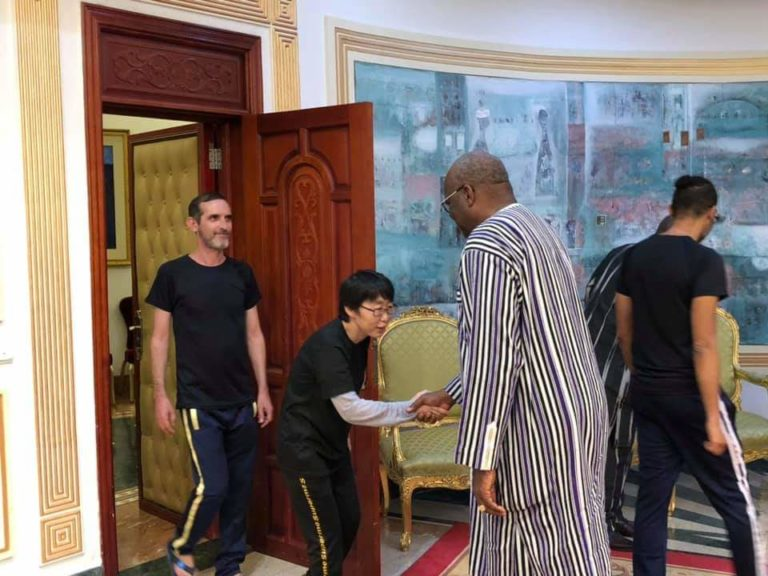 Burkina Faso’s President Roch Marc Christian Kabore on Saturday received at the presidential palace in Ouagadougou the three hostages who were rescued by French special forces earlier this week.

Two of the freed hostages are French, while one is a South Korean.

The French men were accompanied by the French ambassador, Xavier Lapeyre de Cabanes, according to a statement from the presidency.

Kabore paid tribute to the French soldiers who died during the rescue and expressed his condolences to their families.

Burkinabe security and intelligence forces assisted in the operation.

The two French citizens were kidnapped while visiting a national park in the north of the country.

Their Beninoise guide was found dead in the national park on Saturday.

French special forces freed the hostages in an overnight raid, but two commandos were killed in the operation, authorities in Paris said on Friday.

Over 20 French commandos took part in the assault.

There were six kidnappers, four of whom were killed, with the other two on the run, French authorities said.

Al-Qaeda and the Islamic State were the main terrorist organisations operating in the area, but French authorities have yet to determine if the kidnappers belonged to either group.