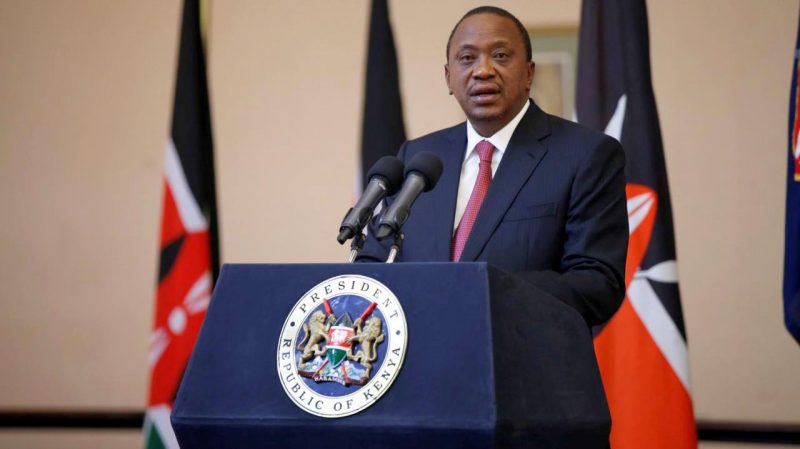 Kenya's President Uhuru Kenyatta delivers a statement to members of the media at the State House in Nairobi, Kenya September 21, 2017. REUTERS/Baz Ratner

Kenya’s Central Bank on Wednesday penalised five banks in the East African nation for facilitating the transfer of money looted from the National Youth Service (NYS).

The banks have been fined between 200,000 dollars and 1.5 million dollars for their role in the scandal, Central Bank Governor, Patrick Njoroge, said in a statement on Wednesday.

“The investigations prioritised the banks that handled largest volumes of cash following serious concerns that came to light in May related to the channelling of the NYS funds,” said Mr Njoroge.

He noted others that handled smaller volumes were still under probe.

According to the apex bank, the five institutions committed several violations namely failure to report large cash transactions and failure to undertake adequate customer due diligence.

Kenya reportedly lost 90 million dollars through the NYS scandal, one of the biggest frauds in a government institution, and several suspects have been charged in court for the crime.

No plan to postpone 2019 election – INEC